London microdistillery Sipsmith has added a Sloe gin and Damson vodka to its range. 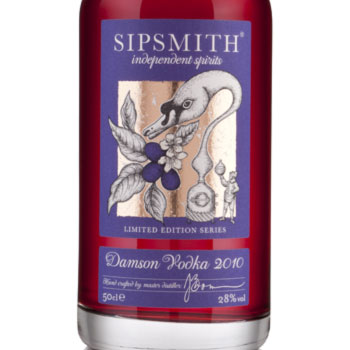 Representing the third and fourth releases for the company, both vintage spirits are limited edition and matured for a year before being bottled.

The new creations are the work of Sipsmith’s master distiller Jared Brown, a drinks historian who has developed spirits in Sweden, Norway, Vietnam and the US.

Established in 2009 and run by Sam Galsworthy and Fairfax Hall, formerly of Fuller’s and Diageo respectively, the Hammersmith-based operation is the first copper pot distillery to open in London for 189 years and is one of only four remaining licensed distilleries in the capital.

The trio are also working on a super-premium, super strength, Juniper-heavy gin aimed at high-end gin connoisseurs. “The alcohol will be over 50%, so it won’t appeal to everyone,” said Galsworthy.

“It will be a Marmite gin – you’ll either love it or hate it, but it’s the thing I’m most proud of doing since we started.”

Known for its small batch production, the distillery only makes 200 bottles in every run.

Both the Sloe gin and Damson vodka are priced at £23.50 for 50cl, and are available from Waitrose and Majestic.