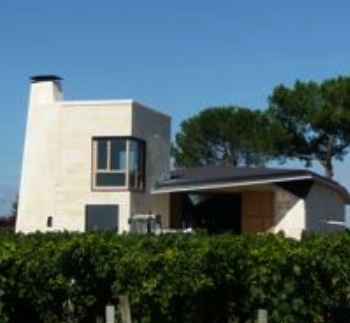 The cellar contains seven vats with a capacity of 15-42 hectolitres allowing the tiny Pomerol property to employ extremely strict parcel selection for the 2011 vintage.

Fiona Morrison MW, wife of Le Pin owner Jacques Thienpont, told the drinks business that the new cellar had given the famous estate “the luxury of being able to divide 2.7 hectares into seven lots.”

As a result, Morrison believes, “I’m sure we will find more precision and details we haven’t found before”.

“We feel that the best parts of the vineyard will show out, as will the less good parts. We are embarking on a journey, but we are not sure where it will finish,” she added.

She also said that the new winery (pictured), designed by Belgian architect Paul Robbrecht of Robbrecht & Daem, had given them more space to work in.

“We can do the remontage without knocking our heads on the ceiling,” she joked.

Summing up, she explained that the new cellar was “more efficient, easier to keep clean and means we’ve got more room,” but stressed that there was “nothing revolutionary” in the building.

“We are so hands off when it comes to making wines; it’s business as usual, just a bit more professional,” she said.

In terms of appearance, the building has been designed to be “simple and elegant”, and is finished using local stone with a concrete interior.

“We wanted something that floated above the vines, but not a huge statement,” she added.

Speaking of the vintage, she said, “2011 has been a bit of a wake up call after a couple of vintages when you couldn’t not make a good wine.” 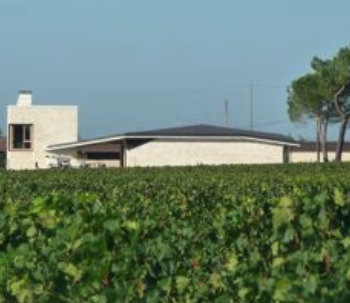 However, she stressed that a three-stage selection process was necessary for the first time at Le Pin, with pickers having to do an initial berry selection on the vine before the standard Le Pin practice of using sorting tables in the vineyard and the winery.

The extra selection was required to remove grapes that weren’t completely ripe due to “unsettled” weather during veraison.

However, she said that the production of Le Pin will remain similar to last year.