Champagne too warm for Pinot Meunier

Champagne is getting too warm for Pinot Meunier, according to a number of growers in the region. 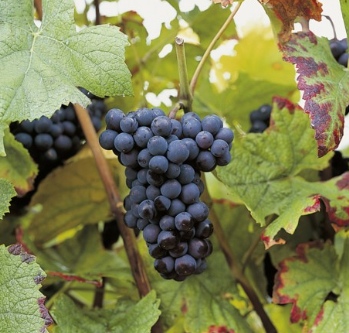 Jean-Hervé Chiquet, co-owner of Champagne Jacquesson, told the drinks business of his concerns for the black grape: “Because of the effects of global warming raising average temperatures, Champagne is becoming too warm for Pinot Meunier.

“As a result, it’s getting harder and harder to work with, so I find myself using less each year, and planting more Pinot Noir in its place.”

“This year was particularly difficult for Pinot Meunier. Our Chardonnay turned out excellently, our Pinot Noir was okay, but we had real problems with Pinot Meunier.”

Although not used in his blends, Jean-Phillippe Moulin of Champagne Paul Goerg agrees: “Pinot Meunier is getting increasingly harder to harvest. The changing climate in Champagne is making it harder to grow, as it’s ripening too early.”

The 2011 vintage has been one of the most difficult growing seasons on record, with an unusually warm spring followed by a cool, wet summer and intermittent hailstorms.

It was also one of the earliest harvests on record, with flowering taking place a month earlier than 2010, forcing growers to pick as early as 19 August.

The second most planted of the three Champagne grapes, representing 33% of the region’s total plantings, Pinot Meunier is believed to be a mutation of Pinot Noir.

Traditionally, it brings body, richness and fruit to a blend, but is notorious for its inability to age and is therefore mainly used in Champagnes intended to be consumed young.

A notable exception is Krug, which uses a considerable amount of Pinot Meunier in its prestige cuvées.

Champagne specialist Michael Edwards will take a deeper look at the changing role of Pinot Meunier in Champagne in the October edition of the drinks business.