The growing appeal of cask ale in the UK is making the category a “lifeline” for struggling pubs, according to a new report. 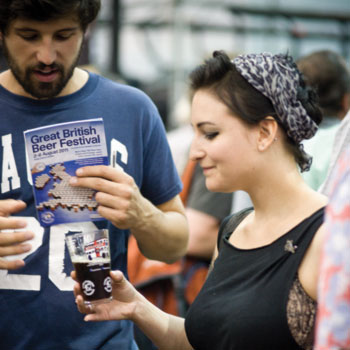 The Cask Report 2011-12, published today, suggests that cask ale drinkers are twice as likely to visit the pub as non-cask drinkers, spend more when they’re there and, most importantly, can’t switch to the supermarket to purchase their favourite drink.

Cask continues to outperform the UK beer market and now has a 15% share, according to the British Beer and Pub Association (BBPA) – equating to around one in every six pints sold across the country.

BBPA figures show that while total on-trade beer volumes fell by 7.8% in 2010, cask dipped an estimated 2% and all the signs are that the category is moving back into growth this year.

A total of 7.8 million people drink cask beer in the UK – an 11% increase since 2007. The number of 18-24 year old cask drinkers increased for the second year running and the number of women drinkers has doubled since 2008.

Report author Pete Brown said: “Cask ale can help pubs to not only survive, but to thrive. It’s attracting new drinkers who spend more in the pub than non-cask drinkers, making them valuable customers.

“Cask is shaking off its historic ‘flat cap’ image and is instead seen by younger consumers as a ‘cool’ drink. This increasingly positive picture of cask can only be good news for the pubs who sell it.”

The ranks of cask ale drinkers are set to swell further next month thanks to National Cask Ale Week, running from 1-9 October.

The campaign is focusing on “Try Before You Buy”, with 7,500 pubs offering free tasters all week.

According to the authors, novice drinkers who would most benefit from sampling a cask ale before ordering a pint of it, lack the confidence to ask the bar staff for a taster – unlike many ale aficionados who are happy to try ales before purchasing.

“Proactively offering tasters to customers at the bar, or even taking them round the pub during quiet times, will pay dividends,” said a statement.