As prices for top Bordeaux climb ever steeper, Justerini & Brooks buyer Giles Burke-Gaffney has predicted a surge in popularity for Barolo, Burgundy and the Southern Rhône. 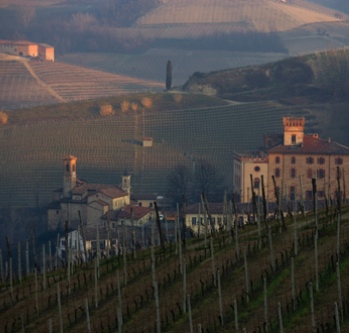 “The younger generation coming through is less stuck on a certain region,” he observed.

Describing the 2007 Barolo vintage, on show at a tasting last week, as “very punter friendly,” Burke-Gaffney also suggested that the region’s strengthening catalogue of back vintages made it an attractive alternative to Bordeaux. “The problem you face is with laying things down,” he remarked, “you need that track record, a history. We’re starting to see that with Barolo now.”

As a result, J&B has recently added a number of Barolo producers to its portfolio and Burke-Gaffney noted: “We think that it’ll kick off in a couple of years.” He also pointed to the value represented by Barolo, “which you can buy for £40-£50 a bottle,” compared to the “über-expensive” Super Tuscans.

In addition, Burke-Gaffney reported that the merchant was selling “more Burgundy every year,” with a record en primeur campaign in 2011. He also tipped the Southern Rhône for growth, although suggested that this would not extend imminently to the “more difficult” Northern Rhône.

Highlighting the appeal of the “sweeter, high alcohol” Grenache, which dominates the Southern Rhône, Burke-Gaffney compared the Northern Rhône to Burgundy, saying: “it takes longer to get Syrah, to understand the area and to know who’s good. It can be expensive too.”

Instead, he flagged up the appeal of familiar names in the south such as Châteauneuf du Pape, observing: “It has a Burgundian approach in supply but the scale is there.”

However, despite its relative inaccessibility for many consumers, Burke-Gaffney defended the Northern Rhône, saying: “When it’s good, it’s one of the best drinking experiences imaginable. There are a lot of top end producers doing a top job but”, he accepted, “it’s quite a difficult leap of faith.”

For a more detailed exploration of those regions tipped to fill the gap vacated by top Bordeaux, see October’s issue of the drinks business.