SABMiller gets hostile over Foster’s bid 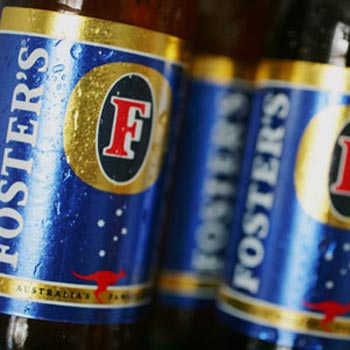 Following the refusal of the Foster’s board to put SABMiller’s original offer forward to shareholders, saying it was too low, the UK-based company has decided to make the offer direct to shareholders.

A statement from SABMiller said: “On 20 June 2011, SABMiller approached Foster’s with a confidential proposal to acquire all of the ordinary shares in Foster’s by way of a Foster’s recommended scheme of arrangement at AU$4.90 per share in cash. On 21 June 2011, Foster’s announced that it had rejected the SABMiller proposal.

Foster’s has been the subject of takeover speculation since the demerger of its wine and beer arms last year. The troublesome wine business – now known as Treasury Wine Estates – was perceived to be putting off potential suitors for the beer business.

SABMiller, which brews Peroni and Pilsner Urquell, has made no secret of the fact it is looking to strengthen its hand Down Under but its position as the sole bidder for the Foster’s business, which boasts Victorian Bitter and Cascade beer in its portfolio, had initially undermined its acquisition attempt.

With Heineken, Asahi and Carlsberg all declaring their disinterest in Foster’s, investors were thought to be holding out for an improved offer from SABMiller before discussions could begin.

Many analysts have questioned the rationale behind SABMiller’s bid for a stagnant market but the brewer, five times the size of Foster’s, claimed it would provide greater purchasing power in Australia and be able to offer bespoke beers into a increasingly segmenting beer sector.

The size of the offer has surprised analysts, many of whom had expected SABMiller to up its original offer of AU$4.90 per share. However, the lack of counter bids is likely to work in its favour.