Jasjit Singh is the food and beverage manager at the Four Seasons Hotel in Mumbai and is one of the key importers of fine wine into India. 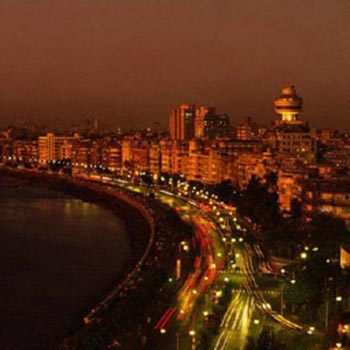 Speaking to the drinks business, he argues that India could play a major role in the future of fine wine consumption in Asia – notwithstanding the large barriers to entry.

1. What inspired you to become involved in the wine industry?

It was the interest in the subject generated by lots of reading and then finally seeing things in Napa that made me intrigued and excited about wine.

2. India has a long history of indifference to wine. What evidence have you seen that a wine culture is developing here?

The evidence comes from the drinking patterns of customers in restaurants and bars. These days the Indian customer is not afraid to ask for a taster before choosing a wine by the glass or asking for a varietal wine rather than going by country name and choosing brand names that are popular. Recently, we have seen the growth of private wine clubs in India – the Wine Society of India, Delhi and Mumbai Wine Clubs, etc. Companies are also increasingly indulging their staff and sending them on wine appreciation courses abroad. Undoubtedly, the market is ready to experiment, with the often-heard mantra “sight, smell, sip and summarise” becoming second nature to urban, wine drinking Indians.

3. Twenty years ago, the agricultural area of Nashik was known for table grape growing, yet today there are over 40 wineries in the region. What encouragement has this fledgling wine industry been given?

The Indian wine industry has never been taken too seriously except for growing table grapes. However, enterprising table grape farmers have shifted to growing wine grape varieties with generous subsidies from the state government and the reduction of taxes, thereby promoting wines. Initially, it was thought that Indian wine could never be on par with international standards. However, as Indian producers attend to quality and viticultural and vinification methods are improved, the local product has started to compete with foreign rivals

4. Bordeaux and other fine wine regions view India as a very restricted market, not least because of the very high tariffs. Do you believe that the government will make it easier for companies to sell wine into India?

The government currently sees the rise in wine consumption increasing by 20% every year. It is also seeing the efforts of Indian wine entrepreneurs in building state of the art wineries, bringing in flying wine makers, oenology studies being undertaken etc. However, if the market is allowed to liberalise and more foreign brands are readily available, there is a threat that people will simply eschew Indian wines and drink the imported wines only.

5. How much has imported fine wine consumption risen in India in percentage terms over the last year?

Recent growth has been tremendous, according to the figures from Sopexa, the body that monitors the sales of French food and wine products worldwide. They indicate that from 2009 to 2010, the volume of AOP wines coming into India has gone up at least 123%. We are roughly looking at a 25% yearly rate of growth in the last five years.

6. Are Indian consumers showing a preference for a particular region or wine style, for example Champagne, first growth Bordeaux?

The pop of the cork and the liveliness of the bubbles makes Champagne inextricably linked to celebration and happiness. As the nouveau riche continue to grow in the booming economy so do the sales of the Champagnes. It is one of the key areas of growth for fine wine sales in India and the elite favour Champagne above all else at celebrations, weddings, etc. I would say that there is a niche of a 4% market in India that believe in fine wines. They are not afraid to order the grands crus, Barolos and Barbarescos and the Super Tuscans. This is a market which will eventually grow, although it will take some time.

7. In your experience, when did this interest in fine wine really emerge in India?

The Indian wine industry and sense of “wine awareness” is very young and is coming of age. The first wine company to be set up was in 1982 by the name of Indage. This was for many years India’s finest domestic producer, exporting Omar Khayyam, India’s first sparkling wine. It was not until the late 1990’s when Sula came in with attractive bottle labels and fine marketing that Indian wine came into the limelight. Eventually, the Indian traveller, armed with a disposable income, started to explore California and Europe because of the IT boom. An understanding of how cheap and fun wine drinking actually is developed in their mindset. Much of it has to do with the IT boom. The economy grew in double digits and so did the number of a new class of super rich. Wine importers wanted to capitalise on this new trend and so in came fine wine labels in early 2000 that people had developed a taste for. The Indian Wine Industry can be said to have grown from an infant to teenager in the last four or five years or so.

9. Do you believe that the Indian population will ever become a nation of wine lovers?

In India’s colonial history, the British drank some of the best wines and they were paired with Indian food. It was not until Indian Pale Ale was discovered that wine consumption started to decline. And hence with the introduction of tonic in the late 1860’s gin then became popular, followed by cocktails and hard liquor.

However, even though the consumption of wine is increasing at a tremendous rate, imported wine is still expensive and unaffordable for most. For India to become a wine-drinking nation it would have to develop a culture of growing up with drinking wine every evening during a family dinner. With the current taxation and the industry outlines, this dream may take a few generations more.

10. Are we seeing wine auctions in Mumbai to rival Hong Kong, New York. Do Indians bid for fine wine?

There is an opportunity but it will take some time. There are people who enjoy fine wine, however, they tend to source the wine directly from wine importers in India like Brindco, Wine Park and Sonary’s.

11. What does the future hold for the nation? Do you think that one day India will rival nations like the US as a leading market for fine wine consumption?

As wine consumption in India is currently increasing by 20% to 25% per year and a few domestic wineries usually deplete their stocks each year, it is expected that wine consumption in the next decade will grow tenfold. Vineyards are multiplying in India. There are constant efforts being made to make wine affordable to people and educate the people with private tutored tastings, wine seminars and conferences. However, unless the high taxes are softened and the market liberalised, it will take some time to come up to the high percentage of fine wine consumption in China and the US.