The Wine Advocateâ€™s new Californian critic Antonio Galloni has said he will disappoint both Robert Parkerâ€™s fans and detractors. 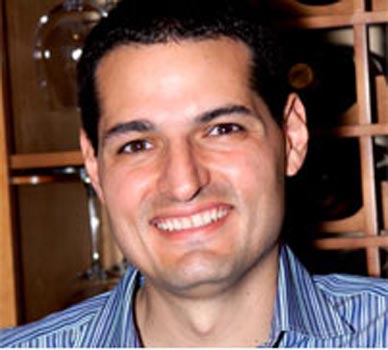 Speaking of his upcoming scores in the journal, released later this month, Galloni (left) said in an interview with the San Francisco Chronicle: â€œThereâ€™s a certain percentage of people who just think Iâ€™m going to do what Bob did… Then thereâ€™s the other people out there who are maybe slightly disenchanted with the direction California wine has taken, and they think Iâ€™m going to come in and fix all the ills.â€

â€œNeither of them is true. Everybodyâ€™s going to be disappointed.”

Robert Parker announced in February this year that he would retire from tasting and scoring new vintages from California and concentrate on horizontal and vertical tastings of wines from California, Bordeaux and the RhÃ´ne.

As reported by db at the time, Galloni joined The Wine Advocate in 2006 and was chosen this year by Parker to handle reviewing the latest releases from the CÃ´te dâ€™Or and Chablis, along with California.

In the interview with the Chronicle, Galloni added that he planned to make the changeover as seamless as possible and hoped winemakers would no longer feel they must appeal to Parkerâ€™s palate.

Indeed, dbâ€™s California Report 2011 included comments from several wineries suggesting that they were changing their winemaking styles in anticipation of Parkerâ€™s retirement.

The phrase â€œParker is retiringâ€ was overheard at a number of Napa estates; however, Margaret Rand, writing in the report, pointed out that any immediate changes were not possible to detect during a springtime visit.

â€œAt the moment there is no change of style visible in Napa Cabernet. There is no current trend towards less alcohol, less tannin and more acidity,â€ she penned.