Beam Global Spirits & Wine has unveiled a new logo as it prepares to part from its parent company Fortune Brands. 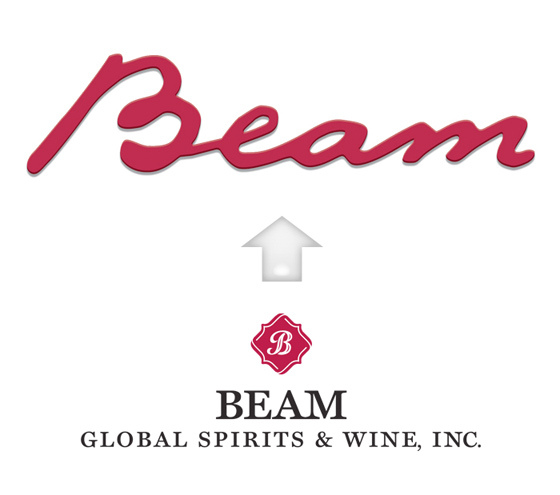 The new logo sees the word “Beam” written in the handwriting of James B. Beam, the distiller who gave the Kentucky bourbon its name.

“For us, having that real authenticity and that heritage and that link is really a differentiator for us and it’s a marketing kind of gold mine,” said Kevin George, Beam Global’s chief marketing officer.

Fortune Brands completes its split into two companies early in the fourth quarter. The company’s home and security business will be spun off and will trade under the symbol FBHS, while the spirits business will change its name to Beam, Inc.

Analysts anticipate that the separate listing for Beam will lead to an auction of its various brands among the drinks industry’s biggest players.

Rival groups will eye its plum brands to bolster their own portfolios, but the various competition authorities in Washington and Brussels would not let the whole of Beam fall into one single pair of hands.

Diageo, the world’s leading spirit company, would be keen on Jim Beam, but it is no secret that Paul Walsh, Diageo’s chief executive, wants the 66% he does not own of Moët Hennessy, not least because, along with Scotch, Cognac is the growth engine in emerging markets. Can he afford both, even despite the company generating free cash flow of £2 billion a year?

Diageo would have to find buyers for Beam’s Courvoisier, which is a direct competitor of market leader Hennessy, while Sauza is the number two Tequila to Diageo’s José Cuervo. Diageo would also probably be barred from controlling Cruzan rum, which competes with Captain Morgan.

Such obstacles have led observers to speculate that a break-up is the most likely option.