Gastropubs and the modern wave of casual restaurants pose “a real danger” to the UK fine dining sector. 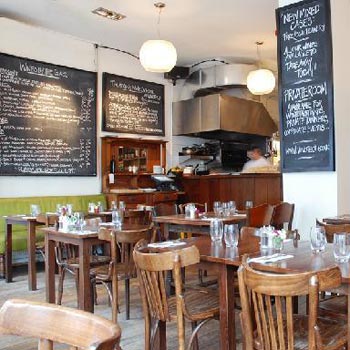 Speaking to the drinks business, Enotria sales director Kent Barker described how many gastropubs around the UK, together with the country’s growing number of relaxed but quality-focused restaurants such as Polpo or Vinoteca are “making stylish food and wine accessible.”

Difficult to define, these casual dining venues have evolved from pubs moving upmarket to become gastropubs, wine shops which have added a food offer such as Planet of the Grapes, and even operations like Bistro du Vin offering a more relaxed spin off alongside their more formal siblings.

While arguing that “there’s plenty of room for both” fine dining and more casual venues, Tim Tweedy, director of sales for London and the south east at Liberty Wine, nevertheless highlighted the appealing flexibility of places like Vinoteca.

In particular, Barker praised the approach many of these places adopt towards their wine offer, despite operating without a sommelier. “They’re demystifying wine and taking away the scare factor a sommelier has – and obviously saving themselves some money at the same time,” he remarked.

Dan Brod, formerly of Soho House but now co-owner of The Beckford Arms in rural Wiltshire, marked an important distinction in getting the balance right. “As long as your service is respectful and good it can be as informal as you like,” he argued.

However, Brod emphasised: “We spend a lot of time making sure we’re training our staff so they know what they’re talking about. That’s not what I’ve found in most country pubs.”

“Their lists are more focused and they evolve faster,” he observed. “If something’s not earning its keep it will be moved on more rapidly. It makes for more interesting and better value lists.”

Within this, Barker highlighted Italy and Spain as particular hotspots for the casual dining sector, saying that, with customers at these venues less likely to be showing off to clients, “It’s very exciting what they are doing in more unusual regions.”

“I think they’re a real danger to the fine dining sector,” he concluded. Although accepting that within London “fine dining will always survive,” Barker warned these businesses that “If you’re not on your game, especially outside the capital, then you’re in real danger.”

For a more in-depth look at the dynamics and evolution of the casual dining scene, see this autumn’s issue of EAT.DRINK, the on-trade report from the drinks business.