Bonham’s wants to expand its New York operation and has plans to open more offices in Asia. 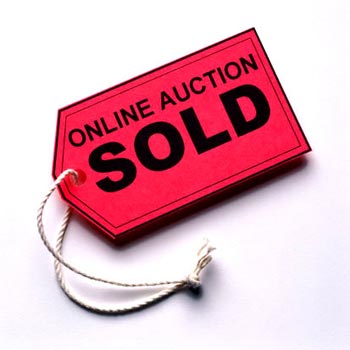 Speaking to the drinks business, Bonham’s new global head of wine, Richard Harvey MW, said that the auction house hoped to boost its New York sales room by offering simultaneous auctions with the two existing US sites to bring in more bidders.

He said that although Bonham’s inherited a well-established wine arm when it took over Butterfields’ auction houses in California, “we only opened in New York two years ago. Wine sales have done well in California and we want to raise our profile in New York.

“We want to do linked sales, with live bidding in New York, San Francisco and Los Angeles.”

Simultaneous sales between San Francisco and LA are already done regularly and Bonham’s added New York into the loop in a trial run in December last year.

Having countered the problem of the US’s time zones, Harvey stated that beginning auctions at 1pm in New York meant that it was mid-morning in California, an acceptable time for everyone.

Harvey said: “From this autumn (24 September) all three auction sales in the US will be simultaneous.”

Furthermore, by beginning the auction in New York, it makes that sales room the centre of attention and means Bonham’s can make use of its warehouses in New Jersey.

As for the growth in the Asian market, Harvey said that while Hong Kong would remain the only sales room for now, “we want to target more collectors in mainland China.”

To this end, Bonham’s has recently opened an office and showroom in Beijing (in addition to its existing offices in Taipei and Tokyo) and in due course further offices may open in Shanghai and Singapore.

Although he thought it would be feasible to open further sales rooms across Asia one day, at present, “stock for sale over there is limited.”

What is more, even if the sales rooms existed, regional “complications” would prevent the simultaneous sales that are possible in the US.

As for the trends in today’s auction market, Harvey said that the Asian market was beginning to mature and this was evidenced by steady sales in super seconds and a slowdown in the price of Lafite.

“I’m sure there has been a pause in the price increase of Lafite,” he said, “and the prices of Latour and Mouton will likely push upwards.”

He does not think that Burgundy, with one small exception, will ever truly take off in Asia as “the volumes are so small it’s so hard to see of any producer other than Domaine de la Romanée-Conti creating that kind of market.”

Where Asia is also important is in the demand it creates in European auction houses to sell at a later date in Asia.

DRC has been doing particularly well at auction of late and Harvey highlighted two recent sales in London of cases of DRC Romanée-Conti 1988 that were 15 months apart.

“And it wasn’t bought by an Asian client but the price is being pushed up by Asia that’s for sure,” he explained.

Also available are a collection of Ports going back to the 1920s, rare and old vintages of Château d’Yquem, a case of 1961 Bollinger and several vintages of Gaja’s Barolo and Barbaresco.