Guinness Nigeria, along with its parent company Diageo, has upped its game in the battle to gain market share in the Nigerian beer industry with the announcement of a Â£225 million investment to expand the capacity of its brewing operations. 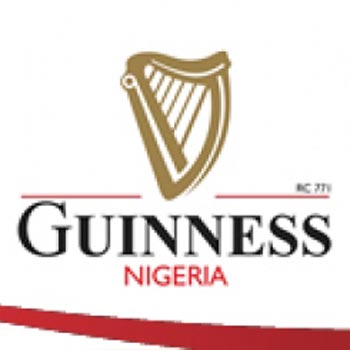 News of the investment comes closely after the recent opening of a new brew house in the companyâ€™s Ogba brewery which was commissioned in February by the UK minister for Africa Henry Bellingham MP.

According to Diageo, the expansion project has become imperative to meet the growing demands of consumers for Guinness Foreign Extra Stout, Harp Lager Beer and other brands enjoyed nationwide.

The investment will include the upgrading of existing facilities as well as increase the brewing capacity of both Benin and Ogba Breweries.

Devlin Hainsworth, managing director of Guinness Nigeria, said: â€œNigeria is an exciting and vibrant place to do business, and the increased demand for our iconic brands such as Guinness and Harp, requires us to invest in our breweries and infrastructure.

â€œGuinness Nigeria is a significant contributor to economic growth through paying taxes to government, generating capital growth and distributing dividends to our many shareholders and creating broad-based wealth through our extensive value chain.

â€œWe are delighted that we will create a further 200 jobs for Nigerians upon completion of the project.â€

Nick Blazquez, president of Diageo Africa, added: â€œWhile originally a UK investment, Guinness Nigeria has become a truly iconic Nigerian company, so much so that Nigerians take pride in the fact that their country is the second biggest Guinness market in the world with â€˜Nigerianâ€™ Guinness now being exported to the United Kingdom.

â€œThis investment underscores Diageoâ€™s confidence in Nigeria and its people and is an affirmation of our belief in its future as a growth economy and prosperous nation.â€

The Nigerian brewing sector has become increasingly competitive in recent years, with traditional rivals Diageo and Nigerian Breweries being joined by SAB Miller in the battle to win market share in an economy the International Monetary Fund predicts will grow at a rate of around 7% over the next four years.

Vetiva Research, a Lagos based research company, said: â€œThe â€˜two giantsâ€™ (Nigerian Breweries and Guinness) have long operated in Nigeria, controlling about 90% of the market â€“ Guinness with its niche Stout brand and Nigerian Breweries with its prime Star Lager Beer.

â€œBoth owned by world beer giants (Diageo and Heineken respectively), these two have wielded control of the market, with essentially only each other as competition.

â€œWith the entrance of another beer giant, SABMiller, into the market in 2008, competition has begun to heat up. However, it is unlikely that the two giants would concede their hold on the market without putting up a good show of strength to defend their market shares.

â€œNevertheless, the low level of penetration in the Nigerian beer market (as evidenced by the beer consumption per capita of about 10 litres, compared with the African average of 14.6 litres) clearly leaves room for brewers to take advantage of the underlying growth potential in Nigeria.

â€œImproving levels of disposable income following economic expansion, means that there is some market to capture at the low end, as drinkers switch from home brewed drinks to low end beers.â€