Foxy back for Old Speckled Hen

The Old Speckled Hen fox, an icon from the brand’s advertising past, is to be brought back to life in a new manifestation of the famous character on UK television channel Dave. 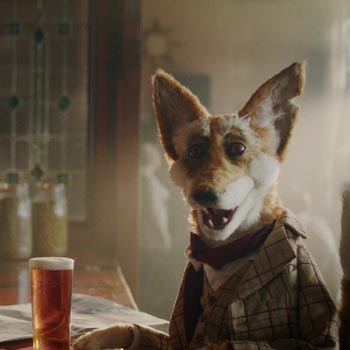 The new campaign aims to build on the brand’s status as the UK’s biggest-selling ale.

The fox will star in a series of new adverts in a campaign that is bidding to help Old Speckled Hen reach 17 million beer drinkers across the UK.

The ads will also see the fox talk for the first time in his history.

The new fox is a nod to the old fox character from advertising campaigns in the 1980s and ‘90s. The ads will air on 15 July.

The campaign forms part of a £3.5m support package to increase brand awareness and drive drinker demand for premium beer.

“Old Speckled Hen is going from strength to strength. Recent research shows that it continues to be the ale pub goers most want to see on the bar when they head into their local.

“Furthermore it has been revealed that it is in best brand health of any ale – and even better than other long alcoholic drinks, such as Peroni and Magners.”

“Our challenge is to build on this and to take the brand to the next level and we feel the new campaign will help us to achieve that.

The famous fox is an iconic character in the history of Old Speckled Hen, and he is the ideal symbol of both the beer’s rich past and its bright future, with an eccentricity and humour that will appeal to beer drinkers.

“Dave’s the ideal place to unveil the new look fox. It gives us fantastic launch platform to reach more beer drinkers as the campaign develops beyond TV.”

Well-known comedian Simon Evans, who has recently appeared on BBC1’s Michael McIntyre’s Comedy Roadshow, will lend his vocal talents to the advertisements.