Synthetic alcohol could be available within five years

An alternative to ethanol has been developed to help people to feel like they’re drinking alcohol, without any of the side effects. 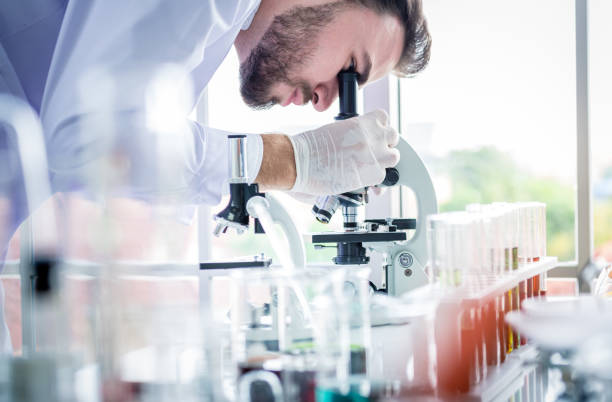 The new molecular compound, named Alcarelle, has been created by a team led by Imperial College London’s neuropsycho pharmacology expert Professor David Nutt and has reportedly been two years in the making.

The synthetic alcohol Alcarelle is currently with regulators seeking approval and, if approved, is set to soon become aimed at consumers who enjoy the buzz of drinking as well as the relaxation it offers without the health implications, loss of control or hangovers.

Nutt, who was the UK government’s drugs adviser under New Labour but was sacked in 2009 by home secretary Alan Johnson for claiming that alcohol is more dangerous than ecstasy or LSD, said: “Alcohol is my favourite drug, and it has the huge benefit of helping us socialise as humans” but revealed “alcohol mimics a chemical called GABA which is produced in the brain. We now know there are 15 subtypes of GABA receptor present in lots of different parts of the brain and that alcohol will bind to all of them and cause lots of side-effects.”

Nutt explained: “With our synthetic alcohol, we’ve been targeting the receptors in the parts of the brain which regulate how you feel and how you interact and how you socialise.”

According to Nutt, it is possible for his new molecular compound to select the “useful” GABA receptors only and in turn stimulate the receptors that cause tipsiness, but not headaches, memory impairment, aggression or longer term liver problems.

He insisted: “You can produce a whole range of effects like alcohol by manipulating this system in the brain. In some experiments, the effect is indistinguishable from alcohol. We want to keep the pleasure, but not the pain, essentially. You don’t get the physiological changes that ethanol does from Alcarelle, I’ve tried and tested it myself.”

Nutt, who also owns a bar with his daughter in Ealing, is still a big fan of alcohol. He added: “We’ve developed the compound so that no matter how much Alcarelle you have in a drink, you won’t get wasted, just tipsy. It’s like having two or so glasses of wine. It’s also a small molecule so you don’t need much of it to feel the effect when it’s mixed into a drink, and it clears from your body within hours and it doesn’t metabolise in the liver like alcohol. Hence, the lack of side-effects. I’m not suggesting we do away with alcohol in place of this, or that it’s a replacement. It’s about giving people a choice other than abstinence and alcohol. Currently, people only have two choices; to drink or not to drink, but this could give people the sociability they want from alcohol without them having to drink. But there will be people who start off with a couple of Alcarelle cocktails and break that tension you first get at a bar or a party, and that’ll be enough for some people. Others might alternate; then they might have a glass of wine after that, or a spirit at the end of the evening. Maybe someone wants to enjoy a social event, but also has a job interview the next morning. But as things are now, there’s no choice like that.”

Alcarelle is yet to be tested or approved by regulators in the US or Europe, however Nutt has stated his hopes for his creation to become available to the public in the next five years. Currently, only Nutt and his team have tried Alcarelle due to it’s lack of regulation. However, in the meantime, Nutt’s company GABA Labs has started selling a drink named Sentia that is made from plant extracts that allegedly induces a tipsy feeling by using botanicals.

In 2018, Nutt and his business partner, David Orren secured seed funding to help them to raise £20m to make Alcarelle substance that could be consumed by the general public , however now the plan is to potentially offer the ingredient to the drinks industry and help assist different brand owners to develop their own range of drinks containing Alcarelle