Last year, 20 million fewer litres of wine left South Africa compared with 2021, though the nation took much less of a hit in value terms thanks to higher bottle prices. 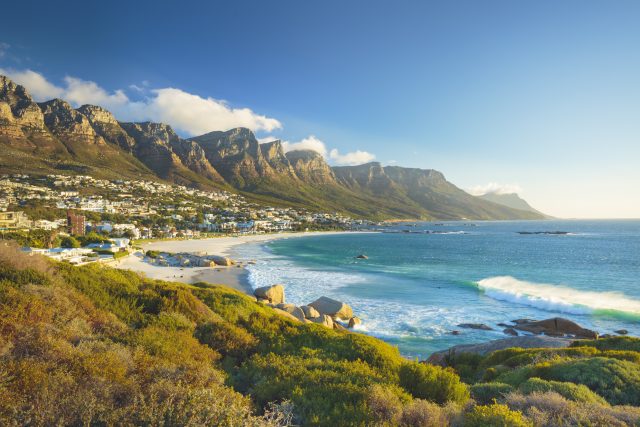 Exports of South African wine dropped by 5% last year to a total of 368.8 million litres. But the silver lining to the somewhat gloomy revelation was that despite the reduced volume, the value of exports saw a mere 2.4% decline, suggesting that premiumisation is bedding in.

The UK in particular is up for drinking pricier South-African wine. It continues to be South Africa’s largest wine export market, and last year bucked the wider global trend by snapping up 8% more wine from the country than the previous year, driven by higher-priced bulk exports.

Bulk wine accounted for 62% of total global export volumes. However, packaged wine was by far the leader in value terms, representing 77% of the sum fetched, with prices of wine climbing by 2.2%  per litre worldwide.

In China, things weren’t looking quite so rosy. The Chinese market, which previously showed strong growth for South African wine, slowed considerably due to drawn-out Covid lockdowns, which led to the total export volume of wine to China slipping by 38% in volume and 26% in value.

Germany, which is the second largest export market for South African wine, also saw a significant decline of 9% in export volume and 17% in value, which Wines of South Africa suggests could be down to dwindling tourism to South Africa in recent years.

Aside from these factors, Wines of South Africa said that the overall decline in global exports was down to shipping woes at the port of Cape Town, caused by bad weather conditions, which prevented ships from docking, and a two-week long strike by port workers.

“The recovery of exports was hampered in 2022 by various factors out of the control of our producers,” said Siobhan Thompson, CEO, Wines of South Africa. “The months of April and October were directly impacted by the weather conditions and strike action in the port of Cape Town. Furthermore, the shortage of shipping containers as well as packaging materials, caused additional challenges.”

South African winemakers continue to feel optimistic about exporting their products to African countries, which could provide “significant opportunity”, especially if the implementation of the African Continent Free Trade Agreement (AfCFTA) goes ahead.

And seeds were sewn for a more fruitful 2023 at last year’s major trade fair in South Africa.

“CapeWine2022, our premier industry showcase, proved to be a major success and attracted top buyers, influencers and importers from around the globe, we hope to see the impact of this on exports going into 2023,” said Thompson.

All eyes are now looking forward to Prowein where South African producers will have “a major presence for the first time in several years”.

Thompson said: “Our producers can’t wait to hop on planes and have face-to-face meetings with importers and buyers again. We expect 2023 to be a very successful year for South African wine exports.”