Shock start to the year for Constellation

Soon after the world’s stock markets began their trading for 2023, the shares in one of America’s leading drinks group slumped by almost 10%, their biggest one-day fall since before the pandemic. 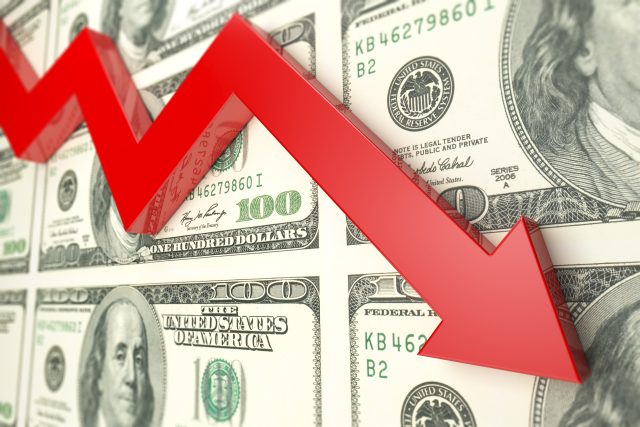 It has not been a happy new year for shareholders in Constellation Brands.

The reason given for the record-breaking fall in shares was that the brewer and distributor in the US of premium beer brands Mexican Modelo and Corona fell well short of predicted earnings for the three months to the end of November 2022.

As a result it significantly lowered the company’s earnings forecast for the final quarter of its financial year.

According to chief executive Bill Newlands, a “recent series of headwinds” was to blame. These headwinds included higher costs across the supply chain as well as poor weather and worsening economic conditions in California, he said.

Consequently, Constellation predicted that its earnings for the full 12 months to the end of February 2023 would now be up to US$11.20 per share compared with the previous projection of US$11.60.

Constellation’s performance dragged down the shares of other American beer, wine and spirits producers as investors calculated that they would be under the same pressures as Constellation in maintaining margins.

Not only are they suffering from the well documented shortages and price rises for glass, carbon dioxide and aluminium but packaging costs such as pallets and cartons are also challenging.

Newlands confirmed that it would be difficult to maintain margins at about 40% for the beer division which “continues to perform strongly relative to the wider market”.

Worryingly, sales from wholesalers to retailers slowed in the same quarter as other parties in the distribution chain added their own increases to prices, leading to speculation that the consumer might begin to trade down – or at least cease to trade up.

The same factors are at play in wines and spirits, and while they may be relatively short term if America has a brief, shallow recession, Constellation is beset by two large unpredictables; its multi-million dollar court battle with AB InBev over the licensing of the Corona brand and its US$4 billion stake in ailing Canadian cannabis company, Canopy Growth.

These could both have a large bearing on Constellation’s future sales and profitability.

The real engine of Constellation’s profits progress over the past decade has been sales in the US of the Modelo and Corona, the Mexican beer brands that AB InBev was forced to relinquish in the American market as part of its 2013 global takeover of Gruppo Modelo, Mexico’s biggest brewer.

Since then Constellation has driven trend for premium Mexican beers, so much so that today beer makes up more than 70% of its business.

As the hard seltzer category boomed in 2020, Constellation sought to cash in on the Corona brand by launching its own variant. And that is the nub of the New York court battle.

ABI argues that it only licensed the Mexican brand names for “beer” in the US while Constellation contends that as hard seltzers use much the same ingredients and production processes it is entitled to extend the use of the Corona name into the RTD category.

Neither side has been willing to negotiate because while hard seltzers are no longer booming, they still represent a healthy niche market which both parties want to be in.

So they are suing each other.

The problem is that the US tax and alcohol authorities have not formally defined what a hard seltzer actually is, as opposed to beer.

Judge Lewis A Caplan ruled in December that “Modelo has more dictionaries on its side of this debate over the meaning of ‘beer’ than does CBI….But the fact remains that dictionaries, however important, do not resolve this case.”

He has ordered the case to be decided by a jury, which is a risk for both sides as juries can be unpredictable, especially in commercial cases.

Open litigation between US corporations is rare because it forces them to publicly discuss trade practices and other information that they want to keep to themselves. For instance, ABI has already tried to force Constellation to provide internal records about focus groups who tasted the Corona seltzer to see how it was described to them.

If it loses the case, it is improbable that Constellation would forfeit its licence for the US rights to the Mexican beers but it could be forced to pay significant compensation as well as give up the Corona hard seltzer brand.

Meanwhile, the problems at Canopy Growth are undiminished. After investing some US$4 billion in Canopy, ready for what it saw as stealing a march on rivals for when the US market was fully opened to cannabis products, Constellation has watched as a series of disasters struck.

Canadian uptake of Canopy products has fallen well short of expectations and at least half of all consumption is via illegal routes. Canopy has ceased to be a retailer and Constellation has written down more than US$1 billion of its investment.

Even a financial wheeze for Canopy to takeover three US companies (which operate in states where it is legal to do so)  and weave them into a single group with Constellation as a significant shareholder has run into problems.

That new company cannot be listed on a national stock market because of fears the exchange would run foul of federal laws by promoting a substance that remains illegal in many states.

The lawyers are also running their heads around that conundrum as hopes that lawmakers in Washington will legalise marajuana at the Federal level see only glacial progress.