A delivery driver made off with a haul of illgotten goods over a period of three months in what is being called “a sophisticated scam”. 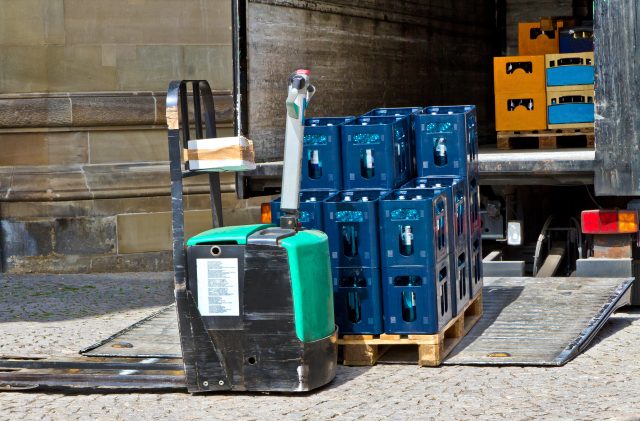 Former solider Paul McGorley was employed as a delivery driver for logistics firm ICT Express when he forged signatures to steal four consignments of goods destined for local businesses in the Midlands.

Among the deliveries that never made it to their intended recipients was a pallet of wines and spirits, worth more than £12,000, which was on its way to Selfridges in Birmingham.

“He was expected to deliver the goods to customers but instead was working with others and making unscheduled stops during delivery and attempted to cover his tracks,” prosecutor Timothy Sapwell told Birmingham Crown Court.

The heist was rumbled when a tracking device fitted to McGorley’s vehicle revealed he had made two unscheduled stops when the booze had been stolen. The defendant later gave a forged delivery note to his employer, supposedly signed by the customer. The crime was confirmed when empty pallets were found behind a supermarket.

As well as wine and spirits, McGorley also stole audio speakers worth £3,000 and a stash of vacuum cleaners, also worth around £3,000. In total, the value of purloined goods amounted to £20,000.

Passing sentence, Abigail Nixon, said: “This is a sophisticated set of offences with you in a position to collect the goods and take them straight to other people involved. You then covered your tracks by false receipts signed by genuine people.”