Sake robot proved to be a roaring success

Last April, db reported that a sake brewery had begun using a specially-built robot to rid its paddies of weeds. Now, the brewery has received a first class grade for its rice. 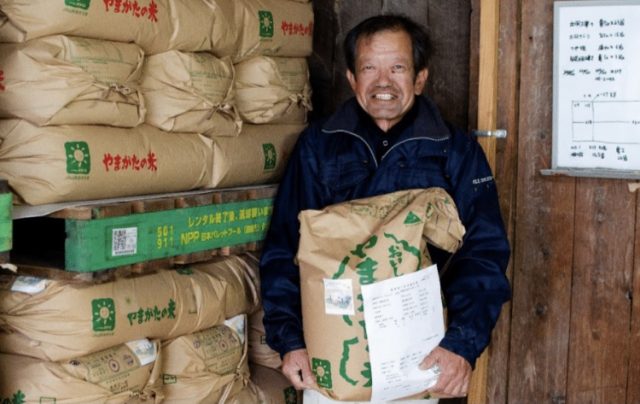 It was a sign of the changing times when last year one of the world’s oldest sake producers enlisted the help of a robotic duck to rid its rice paddies of unwanted weeds.

Part of its plan to make rice cultivation more sustainable, Kojima Sohonten brewerry in the Yamagata Prefecture used the robot on 12 hectares if its rice fields to pluck out unwanted plants.

With initial trials proving successful, the brewery decided to introduce a second robot, this time to enable the organic growing of rice without the use of pesticides.

Designed by the Organic Rice Design Co., the brewery’s latest robot is powered by a solar panel and travels a pre-set route guided by its onboard GPS, churning up mud in the paddies using a small screw in the underside of the unit. This action muddies the water, which blocks out sunlight and prevents weeds from sprouting.

Until the brewery began using the robot, its rice fields had been cultivated using conventional agrichemicals.

This week, the brewery revealed that a recent rice grading inspection in the region had bestowed a ‘first-class’ rating on its rice from its partner farmer, Kazunori Sagae. The brewery also announced that it would produce its first batch of sake made using this premium quality, pesticide-free rice this brewing season, with a target batch of 1,700 x 720ml bottles.

The goal was set as a result of a generous rice harvest, with the yield at 1,230 kg, an impressive achievement for a first year of organic farming. The brewery found that the soft soil that the robot created by raking the mud helped to improve the plant’s access to nutrients, meaning that the pesticide-free rice grew taller than it did when grown in the conventional way.

“This smart farming test using a weeding robot was a very rewarding experience. Although the robot played an active role in pesticide-free cultivation after planting, we had to return to our rice planting roots to grow the rice consistently. Looking back at how we used hot-water sterilisation to sterilise the seedlings without pesticides and the methods we used to protect the plants from disease, I feel that we have found a way for robots to coexist with nature,” said Kazunori Sagae.

“Organic farming presents many challenges, but I am delighted that we were able to harvest close to our target yield and I want to work on the goals we did not reach next year.”