Sake producers branch out into vodka

Japanese breweries are turning their hands to making craft vodka, amidst fears for global sake sales. 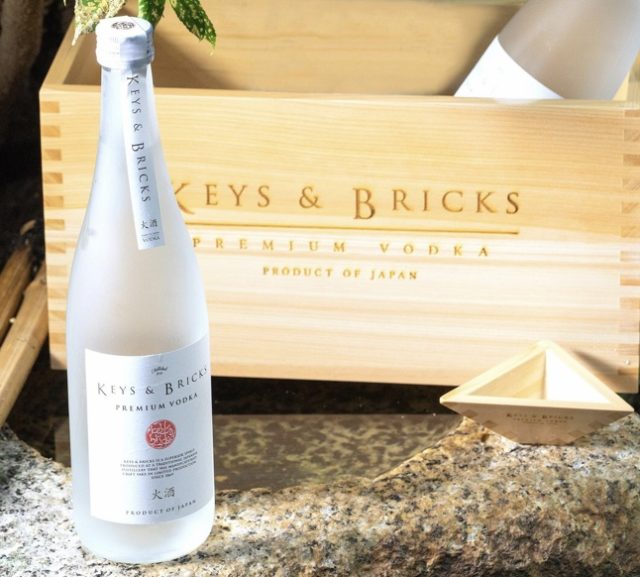 Traditional sake producers across Japan are experimenting with making craft vodka to cater to different markets and ensure their survival.

The emerging trend sess vodkas often made from the same premium rice or barley that is grown and used to make quality sake products in Japan.

One new Japanese vodka brand is Keys & Bricks, which is gearing up to launch a number of Premium Rice Vodka products in the US in early 2023, in partnership with a century-old sake brewery in Fukui. The collection includes mango, lemon, shiso, yuzu and sudachi (Japanese citrus fruit) flavoured vodkas, each of which reflects the roundness and sweetness of their base grain, Yamadanishiki rice. The products retail from €39.90 per bottle from online Japanese deli shop nishikidori.com.

“Unlike normal vodka, the main feature is the distillation of alcohol derived from rice, which is produced under the precise control of fermentation, like the traditional sake production method,” reads the brand’s product description. “This unique method results in a clear and impurity-free taste.”

The historic sake brewery in Fukui, where the vodka is crafted, is unnamed.

Aichi Craft Vodka Kiyosu is made by sake producer Kiyosuzakura Brewery. Founded in 1853 in Aichi Prefecture on Japan’s main island of Honshu, its focus for 170 years has been on brewing sake, but the company has also begun producing shochu, liquors, gin and now vodka.

These smaller-batch craft products join trailblazing Japanese vodkas such as Suntory’s Haku vodka, made from pure, short-grain Japonica rice and fermented with Japanese koji mould, with filtering done through bamboo charcoal. Blended in Osaka, the vodka is available for £37.99 from Selfridges. And Wa Premium Craft Vodka, one of the first Japanese vodkas to be made using sake as a base. Wa was created in Mito City, with the fresh springs of this “water city” being a key component.