A police search of a site in Gloucestershire earlier this week uncovered two shotguns, two loaded crossbows and 300 bottles of Champagne. 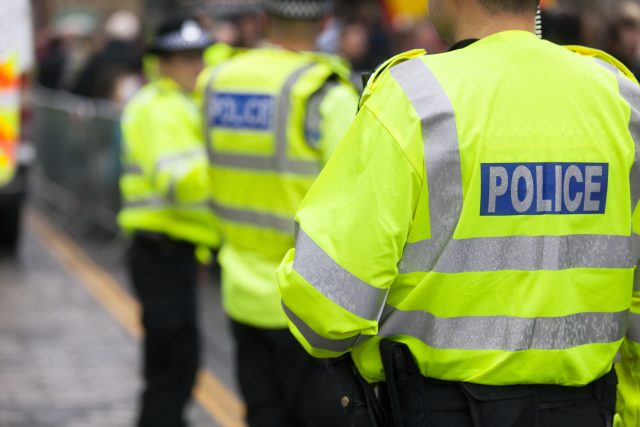 The firearms search warrant was executed by Gloucestershire Constabulary on the morning of Wednesday 4 January at a site in Naas Lane. In addition to hundreds of bottles of French fizz (assumed to have been stolen), the weaponry and vehicle, a number of electrical items were discovered stashed away, and 11 dogs, four of which are believed to have been stolen. Animal welfare officers from the RSPCA and Stroud District Council arrived at the scene, and one of the dogs has been reunited with its owners.

The police disclosed that no arrests have been made, but they are attempting to identify those involved. Inspector Marcus Forbes-George said: “We have put a lot of time into planning this warrant and the results show that our efforts have paid off…I’d like to reassure the public that there is no cause for concern or danger and we’d like to thank local residents for their continued patience and support while searches continue.”

We’ve recovered shotguns, crossbows, and stolen items including vehicles and dogs following the execution of a warrant at a site in Naas Lane, Gloucester this morning.

Enquiries will continue to identify those involved in the offences.

The images shared by Gloucestershire Constabulary do not show which brand or brands of Champagne were found on the premises, but db has enquired.

According to the Centre for Retail Research, the ready illegal market for high-end alcohol means that Champagne is among the most commonly stolen items.

In other Champagne crime news, in October last year a man in the region was arrested after he confessed to murdering his winemaker father and staging a burglary.