An Ohio-based doctor has issued a warning to make people aware of how long it really takes for one’s liver to metabolise one drink. 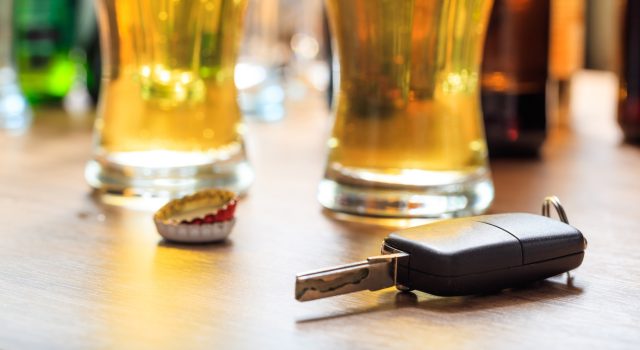 Neurosurgeon Dr. Brian Hoeflinger, whose teenage son died in a drunk driving accident, shared the potentially life-saving information in an eye-opening TikTok viewed more than 15.9 million times. The 58-year-old filled several shot glasses with water in order to demonstrate the stages of intoxication throughout a typical social gathering.

Hoeflinger got the fictional party started by knocking back five shots of water in a row. He said: “Say you’re having five drinks in the first hour. Alcohol goes to your brain within five minutes, but maybe what you don’t know is your liver only metabolizes one ounce of alcohol per hour.”

According to Northwestern Medicine, the liver can metabolise one standard drink every hour on average. A standard drink is 12 ounces of beer, 5 ounces of wine, or 1.5 ounces of liqueur or distilled spirits. Hoeflinger explained that after an hour, he would have burned off one of the five shots.

“So, I’m going to have [four] ounces of alcohol left in my bloodstream,” he said.

After downing another three shots, the neurosurgeon had theoretically consumed eight ounces of alcohol in the space of two hours. The liver would have metabolised only two out of those eight ounces. After one final shot, Hoeflinger is up to nine ounces of alcohol over three hours— leaving six ounces of liqueur still in his bloodstream.

It would take another six hours for him to fully metabolise the alcohol in his system. A blood alcohol level of 0.08 — the legal limit in the United States — takes about five and a half hours. ‘You’re going to be drunk into the wee hours of the morning,” he warned.  “It won’t wear off for hours and hours down the road.”

Hoeflinger ended his video with an important message about the dangers of drinking and driving. The doctor previously shared that he lost his teenage son Brian in a drunk driving accident in 2013.

“He was 18 years old at the time, and he was that drunk driver,” he said. “Losing somebody you love is one of the worst experiences you can have in your life. Please don’t drink and drive, or do not get into a car with someone who’s been drinking and driving.”

Nearly 20,000 viewers have commented on the educational video to thank him for sharing his experience.