It appears as though we may soon see Love Island-themed wine, spirits, beer and snacks hit supermarket shelves, after trademarks were granted by the Intellectual Property Office. 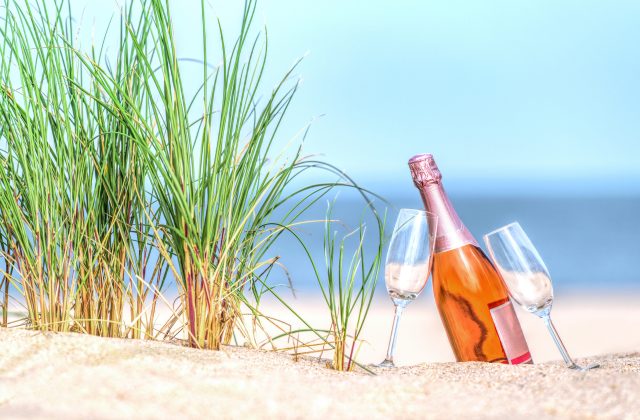 According to a report in The Mirror, Love Island execs have been granted trademarks on “wines, spirits, beers and soft drinks plus nuts, crisps, chocolate and buns”, after lawyers passed an application across four different food classes.

Personalised Love Island water bottles, which feature heavily on the show, and brightly-coloured luggage items are already sold under the Love Island name.

The smash-hit TV series, aired on ITV2, will return to screens in a matter of days, with the show’s winter iteration filmed in a luxurious villa in South Africa.

But while we may one day see Love Island themed booze on supermarket shelves, contestants’ drinking while in the villa is closely monitored.

Former contestant Dr Alex George revealed that during his time on the show, contestants were allowed, “four small cans of beer and that was it.”

“That was the maximum allowance of alcohol, which wasn’t a lot.

“I mean you certainly weren’t getting drunk off that – but they were very, very strict on that.”

And another previous contestant, Liana Isadora Van-Riel, previously told the Sun that contestants could drink “one or two drinks a night, either wine or beer, no spirits.”

A spokesperson for the show said: “We provide our islanders with all of the necessary precautionary measures and all alcohol consumption is strictly monitored by our production team.”

How much can Love Island contestants actually drink in the villa?