‘Groundbreaking’: the advantage of using paper wine bottles in Japan

Wine brand When in Rome has launched a £400,000 crowdfunding campaign to fuel expansion into Asian markets including Japan, which is tapping into paper wine bottles to sidestep one seismic problem. db finds out more. 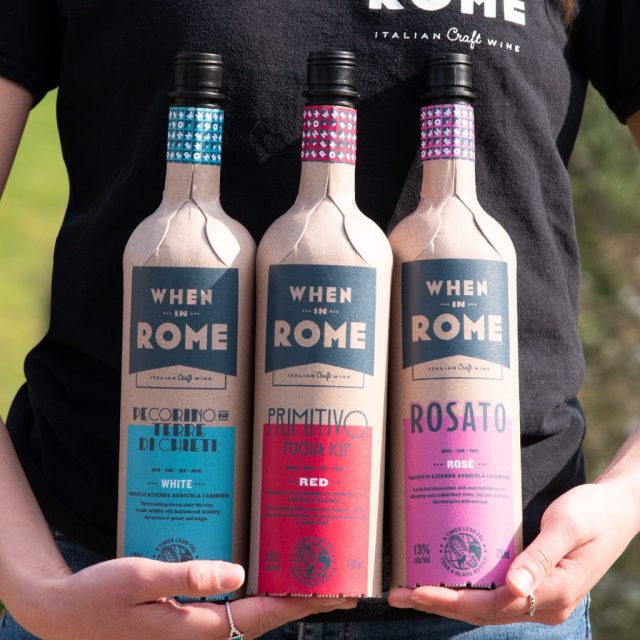 When in Rome is a UK-based wine brand which champions alternative packaging formats including bag-in-box, cans and paper wine bottles.

The company, which offers a range of Italian wines including a Montepulciano d’Abruzzo and Nero d’Avola, recently launched a crowdfunding campaign via CrowdCube to raise £400,000 to fuel both domestic and Asian expansion plans.

Rob Malin, founder and CEO of the alt format wine brand, told db that while “there isn’t really a market for alt format wines in Asia so far”, the brand is hoping to change that.

When in Rome has now secured importers in Hong Kong, Taiwan and Japan; a sign, Malin says, of where the more adventurous Asian consumers are based.

“In mainland China they’re likely to be a bit more conservative,” he says. “We’ve had no traction there, whereas Taiwan and Hong Kong have both bitten. I guess that’s a reflection of the more adventurous nature of the consumers there.”

The three Asian markets have shown interest in the brand’s paper bottles, which Malin sees as the smallest “leap of faith” for new consumers to the alternative packaging category.

“We don’t use single-use glass bottles so we’re totally committed to alt format,” he says. “Our main reason for adopting the paper bottles is that we figured it offers the path of least resistance for a consumer who has only ever drunk wine from a glass bottle because it’s the same shape, size and price as a glass bottle.”

“Your only barrier is that it’s made out of paper instead of glass, whereas switching from a glass bottle to a three-bottle box, or a can is a much bigger leap of faith.”

There is another reason for the keen interest in paper bottles coming out of Japan.

“Japan is a seismic zone, so they have a lot of earthquakes,” Malin explains. “With glass bottles on the shelf it’s a risk for their stock, so they’re really keen on the paper bottle for that reason.”

Earthquake risk is a logistical issue which brands in the UK are unlikely to think of, but could be key for the small number of markets which lie on fault lines. “we were frantically googling other wine markets with lots of earthquakes,” Malin jokes, “it’s not a very scaleable USP, but you’ll take a sale where you can find one.” 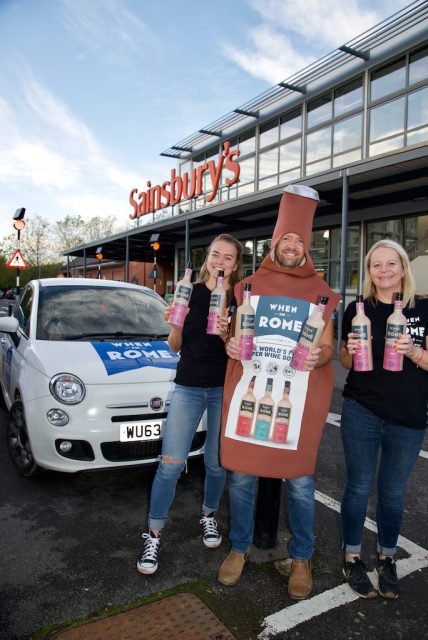 When in Rome has also just secured a grocery listing with Sainsbury’s as part of its domestic expansion plan.

“For us as a brand it’s obviously a huge step to get our second UK retailer over the line,” Malin says.

When in Rome is launching in 450 Sainsbury’s stores across the UK, “which is already bigger than our Waitrose listing, because they’ve only got 350 stores in total”.

With 1,405 Sainsbury’s stores across the UK as of the beginning of 2023, “if we hit our sales targets, there’s no reason why they won’t rolls out into those other stores,” Malin says — a move which could “triple or even quadruple our revenue”.

At time of publishing, When in Rome’s fundraising campaign has raised £256,676.30 from 83 investors, including existing institutional investors, big ticket investors the brand has sourced, and CrowdCube’s community.

With 17 days left and 64% of the target raised, Malin says: “We’ve had some very decent tickets in so far, but we can’t sit on our laurels, and we’ve got a lot of work to get that over the line.”