Foil to be scrapped on English sparkling wine?

A law that states that the necks on bottles of bubbly must be sheathed in foil may be axed by the end of the year in a move that could save producers money on every bottle. 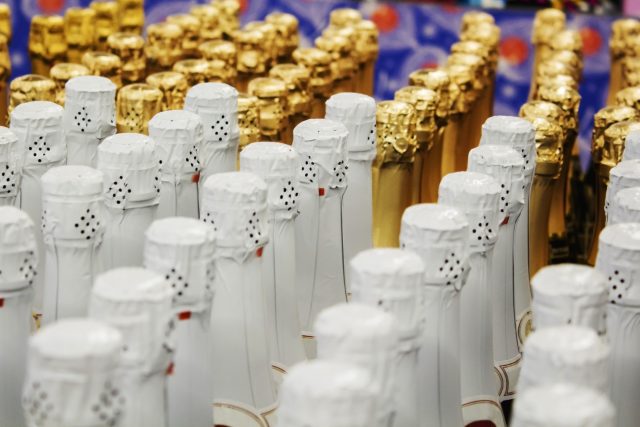 Among the host of regulations enforced by the EU that are expected to be scrapped this year following Brexit is one that relates specifically to the packaging of sparkling wine.

The current law, as outlined in Article 57 (1) (a) of the Commission Delegated Regulation (EU) 2019/33, requires that all sparkling wine bottles must be “sheathed in foil completely covering the stopper and all or part of the neck”.

At a Cabinet meeting on Tuesday, Prime Minister Rishi Sunak said that a leaner “regulatory environment in the UK will be crucial to accelerating our economic recovery and driving growth, innovation, and competitiveness”. Many have interpreted this to mean that a host of outdated rules relating to food and drink legislation will be “sunsetted” by the end of the year.

Should the overturning of the law go ahead, it is expected to save English wineries between 10p and 50p in production costs for every bottle of sparkling wine made.

It would also make bottles of fizz around 50p cheaper for consumers to buy.

Some producers have long bemoaned the foil stipulation, claiming it is little more than an accessory and performs no real function. Green-minded winemakers also point out that consumers usually throw the foil in the rubbish bin straight after popping the bottle, creating unnecessary waste.

Indeed, the European Parliament acknowledged in 2020 that: “The foil does not have any other functional characteristics and is usually removed and thrown away immediately prior to consumption of the wine.”

There is, however, an argument to be made that foil contributes to the luxury feel of a bottle of sparkling wine, be it Champagne, Prosecco, Cava or English fizz. Both the aesthetic of the bottle and the ritual of opening it play a part in the consumer’s decision to buy.

Ditching the law would presumably allow English producers to choose for themselves whether to continue using foil on their bottles, depending on their market position and the consumer they are targeting.

Cherie Spriggs, head winemaker at Nyetimber told the drinks business: “We believe that businesses should, where possible, be able to decide for themselves what to do, so the government scrapping the need to use foil on bottles is a good thing as it leaves it up to each producer to decide what’s best for them.”

Continuing, Spriggs revealed that there are “various technical reasons why Nyetimber will keep the neck foils. They add a layer of protection to the cork, it reduces the likelihood of damage and makes tampering harder. Historically, it meant that mice in wine cellars weren’t able to nibble the corks – not that this applies to us nowadays. So foil sleeves are not without purpose and we will continue to use them.” 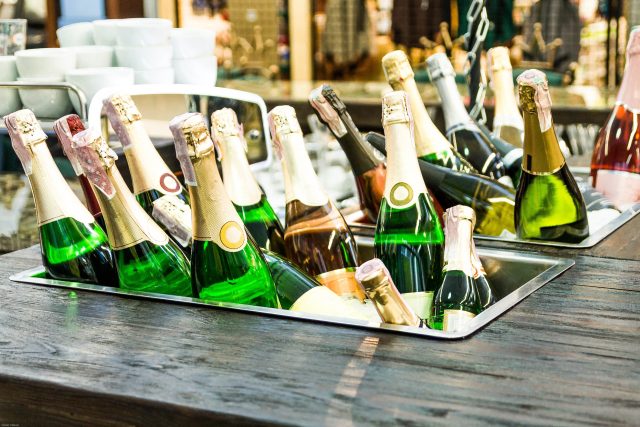 Simon Thorpe, head of WineGB, told db that the saving on production cost is likely to be far lower than 50p per bottle.

“Of course, there will be some producers who feel the neck foil adds to their brand proposition, and others who feel they can do without,” he said. “With regards to the cost saving, however, 50p per foil seems like an extremely high number. A reasonable sized winery would expect to be paying far less than that for their foil.”

Speaking from Rathfinny Wine Estate, founder Mark Driver added: “Our view is that we in favour of the use of foils. We appreciate the way in which they allow different bottles of sparkling wine to be distinguished in an ice bucket and they finish off the packaging on a sparkling wine bottle.”

However, Driver admits that foils are “not very environmentally friendly”, not because consumers are ripping them off bottles without a moment’s thought but because “the foil rarely gets removed before the bottle gets melted down and recycled, meaning that the aluminium and plastic in the foil gets burnt during recycling.”

He points out that foils are also “in short supply, with very long (300 day) lead times. And for this reason, several producers are already selling sparkling bottles without foils, either out of choice or necessity. Therefore, we are in favour of the UK government clarifying the laws on the use of foils on sparkling wine bottles.”

Driver echoes WineGB’s sentiment on savings, telling db: ” I would say that 50p is probably an exaggeration, but it certainly costs north of 25p per bottle for a medium-sized sparkling wine producer to purchase and apply foils to each bottle.”

At the end of the day, Driver says, “we’d like foils to be optional rather than compulsory on sparkling wine bottles.”

Speaking exclusively to the drinks business, luxury closures firm Crealis said that the world of wine is one of “sensations and perceptions”.

“The world of wine is one where every detail matters,” says Isabelle Gruard, group marketing director for Crealis on the benefits of keeping foils. “Having a foil on your bottle is also a matter of security as it ensures that the product is authentic, making it impossible to substitute your wine with any other. It makes sure the consumer experience is completely pure and unsoiled, keeping the pouring area in perfect condition.”

Gruard added: “Without foil, the top of your bottles would be exposed to dust, impurities and other elements of contamination. Lots of people touch the bottleneck in shops and restaurants; so protecting the pouring area is a must.”

On the notion that ditching foils could save producers money, Gruard instead sees the addition of foils as giving “added value” to a bottle.

“The look of a bottle is an important parameter for the customer’s perception of value,” she says. “It reinforces the image of the wine and differentiates it from competitors on store shelves. Including a foil gives your wine limitless possibilities for personalisation, turning it into a unique product.”