The super-premium, dark rum from the Philippines will join Diageo’s line-up of spirits, with the deal expected to be completed during the first half of 2023. 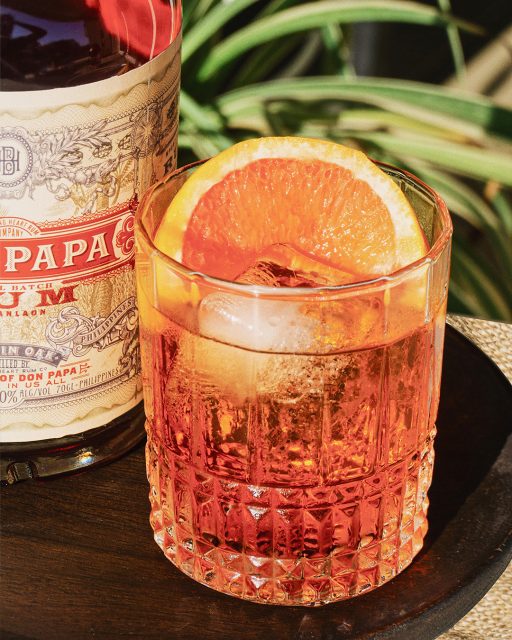 Diageo has agreed to acquire Don Papa Rum for €260 million, with a further potential €177.5 million investment to be made between the time of purchase and the year 2028, subject to the spirit’s performance. The drinks giant’s confidence in the Don Papa brand reflects its strong growth potential, and the anticipated success of the ‘super-premium plus’ rum category overall.

With a compound annual growth rate (CAGR) of 18% in Europe and 27% in the US between 2016-2021, super-premium plus rums are flying. And Don Papa Rum consistently outperformed competitors during this period, delivering a 29% CAGR.

“We are excited by the opportunity to bring Don Papa into the Diageo portfolio to complement our existing rums,” said John Kennedy, president, Diageo Europe and India. “This acquisition is in line with our strategy to acquire high growth brands with attractive margins that support premiumisation, and enables us to participate in the fast growing super-premium plus segment.”

As for Don Papa Rum, the brand’s founder believes that Diageo is the right company to take the brand to the next level due to its “strong track record in nurturing founder-led brands.”

“Diageo believes in our unique story and has genuinely embraced our brand idea. We believe this acquisition is a great opportunity to take Don Papa into the next exciting chapter of its development,” said Stephen Carroll, who will remain involved with the brand, working alongside Diageo.

The acquisition will be funded through existing cash reserves and is expected to close during the first half of 2023. More details are expected to be released regarding the transaction after Diageo announces its fiscal 23 interim results on 26 January 2023.

Launched in 2012, Don Papa Rum is available in 30 countries, with France, Germany and Italy its largest markets.

The rum is distilled and aged on the island of Negros Occidental — known locally as ‘Sugarlandia’. According to Don Papa Rum, its distinctive flavour, with notes of vanilla, honey and candied fruits, can be attributed to the combination of local sugar cane, American oak barrels and the island’s hot tropical climate.