Bologna is a city celebrated for its cuisine, but, as Louis Thomas discovers, its only Michelin-starred restaurant doesn’t quite meet expectations. 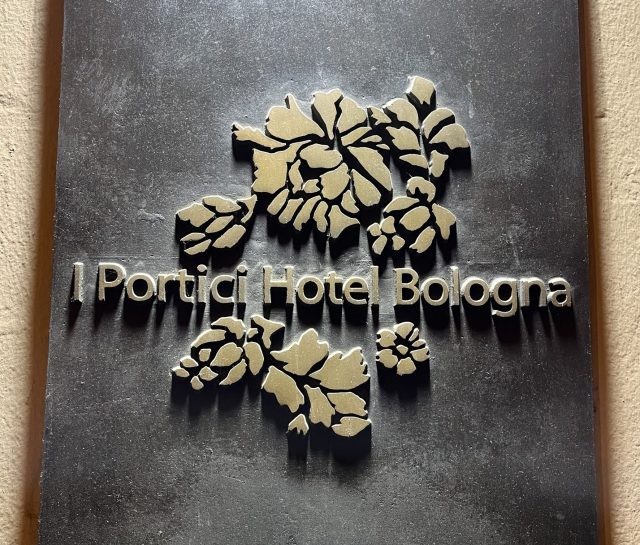 ‘La dotta, la rossa, la grassa’ – the learned, the red, the fat. These three nicknames encapsulate the essence of the Emilia-Romagnan capital, with its historic university, left wing politics and mounds of mortadella. And yet, for all of Bologna’s passatelli in brodo and tagliatelle al ragù, the Michelin Guide has only deemed one restaurant in the city to be deserving of a coveted star.

I Portici, referring to the porticoes that cover the city’s streets, is a name intended to evoke the spirit of Bologna, though chef Gianluca Renzi’s cooking draws heavily from Tuscany. Adjoined to a hotel of the same name, the restaurant is set in the historic Eden Theatre. The interior, with its high ceiling and columns was impressive, though its size made the quiet restaurant seem even emptier on that particular night.

The neon sign opposite me, burning ‘Eden’ into my retinae, promised paradise, but the proof is in the eating. The five-course tasting menu costs €110, with the addition of three glasses of wine to pair coming in at €55. There is also a seven-course tasting menu, costing €150 with an €85 supplement for five wines to pair. Anticipating what was to be a week of gluttony ahead of me, I plumped for the more modest five (with included palate cleansers and post-dinner chocolates).

In lieu of the ‘chef’s welcome’ hors d’oeuvre, I was instead given a glass of traditional method sparkling Chardonnay from Trentino’s Eredi di Cobelli Aldo – a welcome I would be happy with any day.

To open, panzanella di tonno. The problem with plating a small portion on a plate with a big rim is that it makes it it seem all the more miniscule. The combination of tuna tartare with the classic soggy bread salad (reimagined as a purée of sorts) worked perfectly well with the sparkling still in my glass, but I wasn’t astounded, and when the portion is little more than a mouthful, it has to be more exciting.

The best dish of the dinner was the most humble, or at least was inspired by a humble dish. Perfectly-cooked cannellini beans, creamy yet firm, topped with a crisp yet chewy bread wafer and a lacquering of jus. It was a far cry from the Tuscan soup it shares a name with, but a comforting and texturally intriguing delight nonetheless. The Passolento 2018 (a Verdicchio Castelli Di Jesi) it was served with provided good acidity and a flinty aspect to rein in what was otherwise a fairly heavy, but delicious course.

Less well-executed was the fagotelli, dainty pillows of egg pasta with a filling, in this case a rich pecorino cream. I can only hope that the adjacent hotel’s pillows are better-filled, as most of the cream was on the plate, rather than in the pasta. Also intended to go with the Passolento 2018, I found myself desiring something similarly fresh, but exhibiting more tertiary character to complement the aged cheese.

Following that was the main event, served in two parts: Pigeon from the Casa Ceccatelli butcher in Chianti, with green olives, black garlic and Medicini onions. Both parts were perfectly-cooked, a given in the age of sous vide, but both suffered from unnecessary embellishment. With the first part, the numerous dots of purée on the plate, the skewer of onion, the stuffed olive were interesting to look at, but detracted from the overall coherence of the dish – how are you supposed to eat a dish like that?

And the second part, a cigar-shaped, deep-fried roll of leg meat, was perfectly enjoyable, though it might have been more at home served on the already confusing main plate, rather than on a bed of potpourri that supposedly echoes the forest floor. The 2019 Val Delle Corti Chianti Classico did help to pull these disparate elements closer together, but the dish still lacked the clarity that I had enjoyed so much with the ribollita.

Having had my bread basket taken away from me, it was now time for the finale. Resembling the Bilbao Guggenheim, dessert was an exquisitely-plated undulating mound of chocolate. To complement, Anacarani Uvappesa, a sweet red from Emilia-Romagna. For me, it was the most interesting combination of the night, achieving the mutually-beneficial symbiosis of a great pairing – the wine matched the dessert’s richness and intensity while bringing a herbaceous aroma that elevated the fruity dark chocolate. A strong end to what had been a hit-and-miss meal.

The problem with pairings

The key issue with having three wines to pair with five dishes is that, inevitably, some pairings will work better than others. While the Passolento suited the ribollita, it got slightly lost against the pasta course. There’s also the uncertainty of whether it’s worth keeping the glass half full for the next course, or whether a different wine will be provided. You know where you stand when you have a wine for each course, even if it’s only a small pour. It’s an even greater pity upon inspection of the restaurant’s extensive by-the-bottle list.

Customers, particularly at high-end restaurants, should expect to pay good money for good wine. But €55 for three glasses is on the steep side, and I was left contemplating how much Lambrusco I could have bought with that instead.

The staff were attentive and knowledgeable, and the dishes were largely well-executed. However, though there are plenty who would disagree, a tasting menu needs more than tasty food, it needs a story, it needs a sense of place, it needs to make the customer rue that they won’t be able to experience those dishes anywhere else. As I left, I felt like the fagottelli: empty inside.

The term ‘Paris syndrome’ describes tourists, usually Japanese, who find their first visit to the French capital so underwhelming that they effectively go into shock. To say I had a minor case of the dining equivalent would be an overstatement, but I had hoped for more. Perhaps I was a victim of my own expectations as a tourist, and my expectations for a menu of that price point.

To understand the clientele I Portici is for, I had to deduce what my few fellow diners were there for – business meetings and family celebrations, it appeared. It is a swanky venue for people who want to make an impression, the food and wine come second. 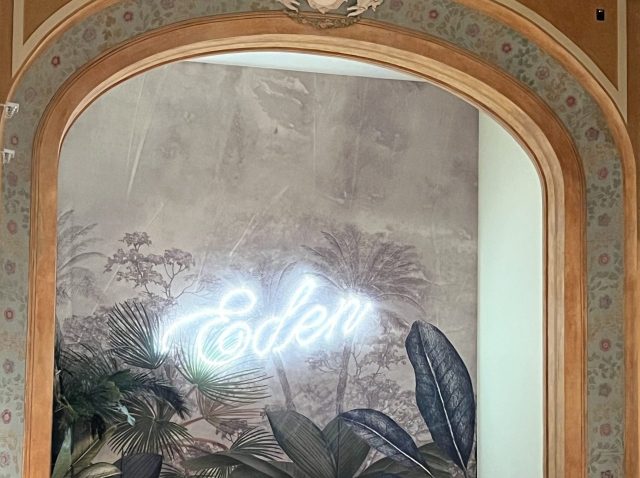 If ever there were a demonstration of the limits of the Michelin Guide, this meal would be it: technically sharp and well-plated, but lifeless cooking that fits a narrow set of parameters. There are plenty of restaurants in the guide’s section on Bologna, but it seems odd, therefore, that the sole restaurant in the city to have a star, despite some glimmers of greatness, missed the mark.

For me, for the moment, the true enjoyment of eating in Bologna still lies in the the likes of Dal Biassanot and Anna Maria – touristy but reliable trattorias. The menus are not necessarily creative, but the dishes are hearty and the carafes of Sangiovese drinkable. The highest praise I can give I Portici is that it truly does offer something different from most of the city’s restaurants, and with some adjustments it has the potential to become a gastronomic destination in its own right.