Pubs, bars, breweries and small businesses are being forced to close their doors across the UK due to increased utility bills. 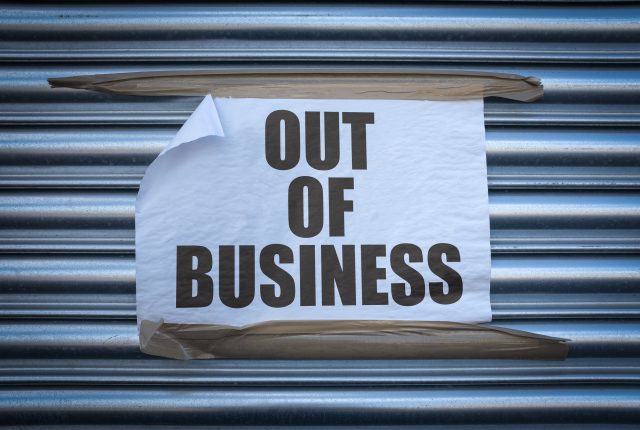 The soaring costs, along with customers having less money to spend, has contributed to the closures according to trade associations, publicans and brewery owners.

Dave Richardson, of the Oxford branch of the Campaign for Real Ale (CAMRA) revealed to local press that it was “no suprise” to see pubs being boarded up, given the economic climate and urged drinkers to use their local pubs to help them survive.

He said: “It’s no surprise to see the growing number of closed and boarded up pubs” and explained: “Breweries and pub companies seeking tenants are finding it more difficult than usual, as how can anyone put together a business plan when they face fixed costs but highly variable consumer demand and energy costs, with no guarantee that limited support with energy bills will continue beyond 2024? Incoming tenants face all kinds of costs including sometimes having to pay more for their beer than the going rate when a brewery owns the pub, and as many have found to their cost the reward for success is often increased rent”.

He insisted that CAMRA feels that the Pubs Code introduced by the government a few years ago needs further reform so it is easier for landlords to escape ‘tied’ arrangements, however agreed that, right now, the priority for most is simply survival.

Former publican of the Blacks Head Inn in Bletchingdon, Barney Tharby, also admitted that the cost of living crisis had forced him to abandon his business. In a local report, he lamented: “Our utility bills doubled, and in October we noticed a 35% drop in revenue, because some customers could no longer afford to keep coming in – they had no money left for beer, and we had to make the decision that the business for us was no longer viable.”

This week, British national press has also warned that the UK is “sleep-walking towards utter disaster for tens of thousands of businesses”. In a report via The Independent, brewery and pub chain Brewdog outlined that if prices were put up in line with rising bills then people would be paying a lot more for a burger and a pint of beer. Brewdog CEO James Watt reportedly said that a pint of Punk IPA beer would cost £27.50 if prices were put up in line with rising energy bills and a burger and chips would set people back “about £48.75” if prices matched the rising costs that businesses were currently absorbing. In the coverage, Watt stated that the government needed to cut business rates, reduce tax and give a year-long VAT holiday to hospitality to assist in its survival. He told reporters: “If this means spending a bit more money to support business through this nightmare now, it’s better than spending the money on unemployment benefits if thousands of businesses go under” because if it didn’t it would mean “utter disaster for the tens of thousands of businesses in the UK”.

As reported in db, AlixPartners and CGA’s latest hospitality market data revealed a decline of 1,611 hospitality premises over a three-month period (the fourth quarter) of 2022. This, the findings showed, is representative of how the UK hospitality sector has been forced into closure with a 1.6% contraction – equivalent to nearly 18 venue closures each day.

Additionally, due to the situation, many small businesses with fixed-rate energy deals and are now facing the sudden, crippling surge in bills due to the UK government’s Energy Bill Relief Scheme which ends in April forcing more establishments out of business.

The thousands of businesses, which signed up to the fixed-rate deals last year to safeguard against the rising cost of energy, did so to protect against the uncertainty of future price rises. However, the relief scheme, which was introduced in October 2022, had been introduced to assist in curbing costs by capping the price of gas and electricity and yet now means businesses on high rates cannot shop around while prices dip. Added to this, last week the UK government revealed that in April the cap will be replaced by the Energy Bills Discount Scheme – a less generous discount, meaning many small businesses will see their bill prices too steep to stay afloat.

As a result, press reports have noted how growing numbers of small business owners are being forced to consider if they should close altogether because, while locked into fixed deals they cannot move or switch to more economic options so they are effectively stuck. The sad case of the matter means that, according to Treasury estimates, under the current scheme, a pub that could have received up to £3,100 a month in support depending on energy use will no longer be able to claim and, under the new scheme from April, the same pub would get just £190 a month to help with costs.

In Berkshire, The Butchers Arms pub in Sonning Common, is going to close next month due to its energy bills already having risen from £20,000 to £60,000 a year with the threat of them rising higher in the spring.

Brakspear business development manager Gavin Mansfield said: ‘Some pubs will see bills increase by three or four times. Most are on fixed contracts and cannot switch suppliers, so they’re stuck. I don’t know why the government hasn’t put a proper cap in place or enabled commercial premises to switch if they can get a better deal.’

Outlining the crisis, UKHospitality chief executive Kate Nicholls revealed that energy firms are not helping and said: “The behaviour of energy suppliers over the past four months has been nothing short of disgraceful. It’s clear some rogue companies saw the significant intervention by the government to support business as nothing more than a cash cow.”

Nicholls has called for “urgent action as soon as possible. With support being greatly reduced from April, businesses are heading into the most perilous financial position yet.”

According to Nicholls: “If businesses don’t have a route to renegotiate, thousands will be stuck on extortionate fixed tariffs that they were heavily encouraged to agree to.” But stated that there was hope if the government responded quickly and explained: “With a positive resolution, we can see our sector bounce-back quickly and return to the economic growth, job creation and investment it is known for. If energy suppliers are allowed to continue to conduct themselves in such an unfair manner, without fear of reprisal, businesses will fail across the sector and across the country as a result.”

Last week, Yorkshire-based Bad Seed Brewery revealed it had been forced to close and cited “the cost of living crisis” as one of the reasons it behind the closure. Also closing last week, Birmingham-based brewery and bar business Dig Brew Company ceased trading with its taproom in Digbeth and the bottle shop near to New Street station also closing their doors.

The Night Time Economy Adviser for Greater Manchester, Sacha Lord, thas called for an urgent inquiry into evidence of withheld energy support for the struggling hospitality sector as financial deadlines loom and predicts that many operators will be unlikely to withstand the increased financial burden that the expected energy prices will bring, on top of existing Covid loan repayments due.

Speaking about the challenges facing the sector, Lord said: “Pubs, bars and restaurants have been most damaged by the economic turbulence of the past three years, and support is now being pulled from under businesses that are only just beginning to recover. I’m hearing from pubs where monthly energy bills are exceeding rent payments, and others who have temporarily shut sites during the colder winter months to save on gas and electricity costs. We also have evidence of energy providers who have either not yet applied any government support payments to business accounts, or have not applied the full amounts owed, and we are urgently pressing Ofgem and the government to investigate.”

Some operators have revealed that they haven’t yet received any of the entitled support since it was introduced last September, and now fear they will miss out altogether once reductions are brought in from the end of March. In addition to this, analysis by real estate advisory firm Gerald Eve recently found that the government only handed out only 80% of the money available from its £1.5bn Covid additional relief fund, which was set up to help businesses that were not covered by other tax relief schemes. The data gathered found that eligible companies missed out on around £300m of business rates relief in total.

Lord added: “From the end of March, we will see a hailstorm of damage inflicted on businesses, from the removal of energy support to rises in income tax thresholds, which will further affect consumer spending. Unfortunately, we will see many businesses close down as a result of these extra pressures. We are moving from one financial crisis to another, and the Treasury urgently needs to put forward a long term financial plan, which will not only secure economic growth and stabilise the industries currently in peril, but instil confidence in business owners across the UK.”