After a row over holiday pay, chef Tom Williams released 20 cockroaches into the kitchen of the Royal William VI pub in Lincoln. 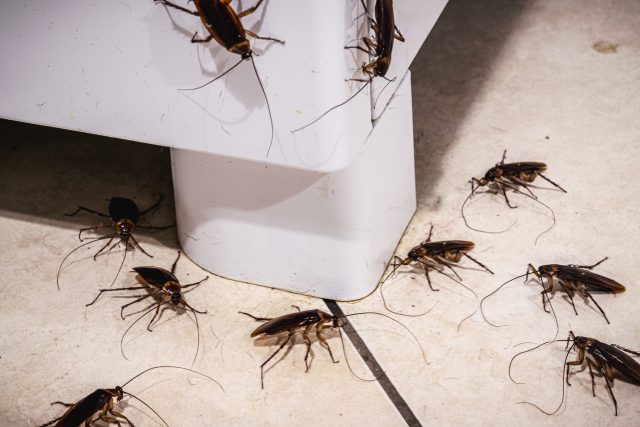 On 11 October last year, Williams, who by then had ceased working at the pub, messaged a threat to “cockroach bomb” the kitchen in a dispute over the offer of £100 of holiday pay. He was reportedly particularly angry over the issue as he had to provide for his son, of whom he had had sole custody for two years.

Two days later the threat was carried out and approximately 20 cockroaches, which he possessed for the feeding of exotic pets, were released by Williams into the kitchen. Prosecutor David Eager told Lincoln Crown Court: “He [Williams] entered the premises and released a number of cockroaches. They are a non-native species of cockroach used to feed snakes and tarantulas.”

After the arthropods were unleashed, pub staff called pest control and Environmental Health and shut the venue. The closure and deep clean ended up costing the pub £22,000.

Williams had been due to stand trial in November but did not show up.

In a victim statement read by Eager, the pub’s owner said: “The effect it has had on staff and families is large. It isn’t just the finances of to the company, it was how the rest of the Royal William team, particularly the kitchen team, are upset with what happened…They were depressed that someone who they worked alongside would be so callous towards them.”

Williams pled guilty to a charge of burglary with intent to cause criminal damage, and failing to surrender for his trial. He was sentenced to 17 months imprisonment, suspended for two years, and 200 hours of community service.

Judge Catarina Sjolin Knight said of Williams: “You are very immature despite your age. Your son and society in general could benefit from you growing up.”