A French-produced Indian Pale Ale featuring a depiction of a Hindu deity on the label has received criticism from some British Hindus. 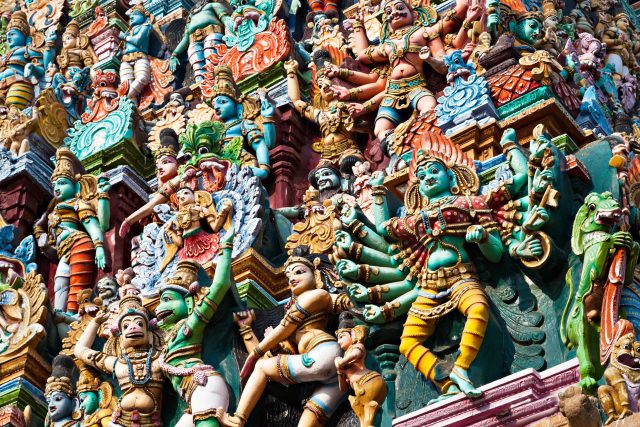 In a tweet, Insight UK, a social movement of the British Hindu and Indian communities, called for French gourmet food and drink online retailer Bien Manger to recall the Mandala Organic IPA Beer Brasserie d’Olt it stocks on its website (though the precise goddess it supposedly depicts was not identified).

Bien Manger uses sacred image of Hindu Goddess on their beer bottle.@BienManger it’s highly insensitive, disrespectful & hurtful to #Hindus. The Goddess Hindus worship is being used on your beer bottles. We demand you recall all such products & stop further manufacturing of it. pic.twitter.com/NiSvQ47Hh1

“This is gross. Recall & an apology needed immediately.”

“This is not acceptable. You must take these off the shelves immediately.”

“Wouldn’t mind if the goddess in question is Goddess Varuni, goddess of alcohol.”

db has reached out to Bien Manger for comment.

The product itself was made by Brasserie d’Olt, an artisanal drinks producer based in Aveyron, Southern France. Its online shop mentions the history of IPAs in the product description, but does not make any reference to the depiction of a goddess on the label. db has also reached out to Brasserie d’Olt for comment on Insight UK’s claims of insensitivity.

In a 2017 blog post on the London School of Economics website, Dr. Rina Arya wrote about the history of the western appropriation of Hindu symbols for products: “The main issue pertinent to the study of Hindu symbols concerns the boundaries between purity (sanctity) and impurity. In India images of gods are circulated within the hub of everyday life…but in all these spaces they are treated reverentially as sacred objects…The same boundaries are not necessarily adhered to in the West”.

In related news, last year many Hindus were outraged to discover that a Cambodian brewery had named a lager after the god Hanuman.