Arundel Brewery launches lager with rock band We Are Scientists

Arundel Brewery has collaborated with the rock band We Are Scientists to introduce a limited edition Czech-style unfiltered lager. 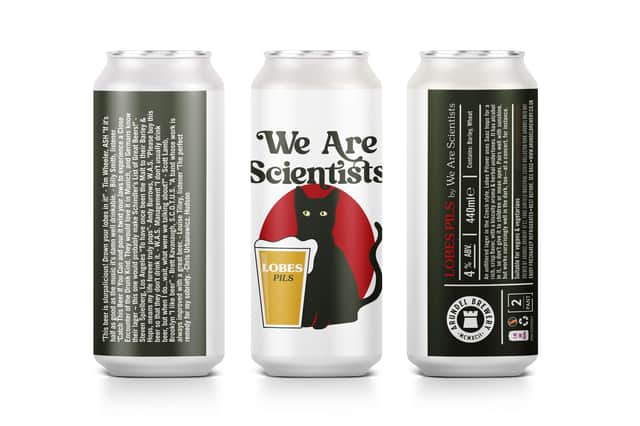 The band, known for their 2008 classic After Hours, reported that the release was “a true statement of dedication to the responsible enjoyment of bubbly beverages” due to timing the launch of their own beer in the middle of Dry January.

The 4% ABV beer, named Lobes Pils, is named after We Are Scientists’ new album has been made with Saaz hops and has been described by the band as “stupidly swiggable”.

According to the band’s Keith Murray and Chris Cain: “It pairs well with sunshine and works surprisingly well in the dark, too—at a We Are Scientists concert for instance’.

Arundel Brewery explained: “Collaborations allow us to work with some amazing people and working with a band like We Are Scientists is really exciting. This crisp Czech-style pilsner is set to be the perfect palate party and we hope you enjoy it as much as we do.”

We Are Scientists added: “Our line of work has allowed us to purchase, palm and polish off beer in over 40 countries. It is with the attendant clout that we dub Arundel Brewery one of the top grain fermenters anywhere, and with a deep blush of pride and inebriation that we join them in offering this very special, stupidly swiggable pils.”

Lobes Pils is set to become available with We Are Scientists’ eighth studio album as part of a bundle deal that is due to go on preorder from 20 January via 100% Records.