The fact that Pernod Ricard has been accused of breaking financial and licensing laws in New Delhi shows just how important the Indian market is becoming to global spirits producers. 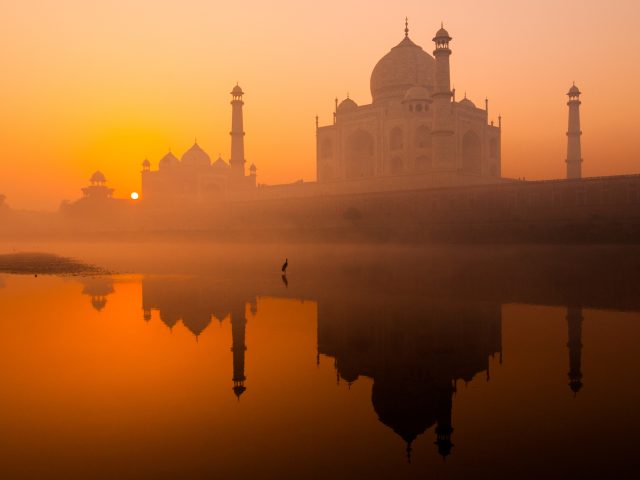 This particular case harks back to 2021 when the Indian regional government decided to end its monopoly of the liquor retail market and open it up to retailers.

The allegation from the national financial crimes agency, the Enforcement Directorate (ED), and reported by Reuters after seeing court documents, says the Indian subsidiary of Pernod Ricard financially supported retailers to set up outlets in exchange for stocking more of the French company’s brands, thus boosting its market share.

Back at its Paris HQ, Pernod Ricard refused to comment because the allegations were based on “sealed and confidential” court documents. The company said it “strongly denies” the allegations and is fully cooperating with Indian authorities over the matter.

The Reuters report says that court documents filed in November show ED alleging that Pernod India provided £25 million worth of corporate guarantees to its banker, HSBC, which it asked to be made available as loans to individual retailers bidding for alcohol retail licences in New Delhi.

The regional government’s policy banned manufacturers from participating in retail sales either directly or indirectly so Pernod India was “in contravention” as it effectively used bank guarantees to invest in retailers.

Benoy Babu, head of international brands for Pernod India, was arrested in November and remains in jail facing allegations of money laundering and violating New Delhi’s liquor laws, which he denies. A bail hearing is scheduled for later this week.

Ironically, Delhi made an about-turn last year with a change of policy that saw spirits only sold through government-run shops.

India’s 28 states are a patchwork of licensing laws. Some prohibit alcohol, others allow it in tourist outlets with the rest seeing drink as a desirable source of tax revenue; the reason behind Delhi’s original decision to privatise spirits retailing.

Indeed a consortium of producers told the national government recently that production was threatened by the high level of taxation.

With a population of 1.4 billion, one in six people on the planet live in India, making it a cornerstone in the battle for market share and profitability between the global spirits producers.

Indeed, Alexandre Ricard, the French company’s chairman and chief executive, has targeted it as “must win” market, where the company has a 17% share of total sales. New Delhi, the capital and the leading tourist destination, is a showcase market.

Yet compared with other southern Asian countries, India’s per capita consumption of alcohol is low at 4.7 litres per year compared with 8.7 in Thailand and 10.9 in South Korea.

But it is rising, driven by an increase in citizens of legal drinking age (two years ago Delhi lowered the age barrier from 25 to 21) and a burgeoning middle class with rising levels of disposable income and accentuated by a population drift towards cities where drinking is more prevalent.

Statista estimates India’s spirits market to be worth almost US$36 billion this year and that it will grow by 8% annually in the next three years.

In its last full financial year to June 2022 Pernod Ricard increased its sales in India by 26%, so vying with China to become the group’s single largest market after the United States.

The investigation adds to existing headaches for Pernod Ricard in India. Last year it challenged a US$250 million federal tax demand for allegedly undervaluing imports, saying it disagreed with the method used to calculate the tax due.

At the time Pernod Ricard strenuously denied that it had threatened to reconsider investing in India.

As the biggest seller of foreign-made spirits, Pernod Ricard is looking to further premiumise its range and is also hoping for an early free trade agreement between the UK and India.

The 150% tariff India imposes on spirits imports could be much reduced or even abolished under the projected terms.

The Scotch Whisky Association suggests the free trade deal would increase exports to India by about US$1 billion over five years. Pernod Ricard’s Chivas Bros subsidiary is the second largest producer of Scotch whisky after Diageo and would reap a considerable benefit.

All Pernod Ricard’s competitors are ramping up their efforts to cash in on the predicted boom in India.

For its part, as the world’s leading premium beverage alcohol producer, Diageo is also targeting a bigger slice of the Indian drinks dollar.

Its sales of premium offerings (where Pernod Ricard claims a 45% market share) surged 23.6% in the year to March 2022, accounting for 72% total sales in India worth US$1.2 billion.

In a recent interview, Hina Nagarajan, managing director and chief executive of Diageo India, said: “Post Covid, we see premium segments growing much faster than the value segments in the market.

“This is reflective of both the inflationary pressures [that] consumers at the lower end are facing and the trend of wanting to drink better, not more, at the higher-price segment level.”