Will there be a ‘Santa surge’ this year?

Stock market lore suggests that seasonal optimism takes hold in December, leading to a “Santa surge” in sales.  However, this year the economic background makes it improbable that we will see anything other than a temporary uptick. 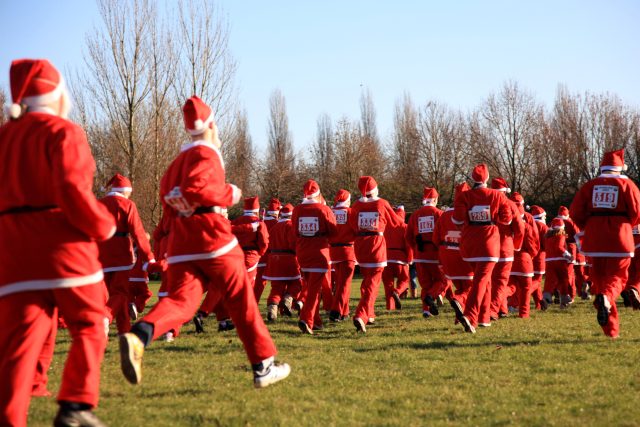 Tesco has already reported a customer swing towards own-label and economy lines as Brits try to make savings on their grocery bills, while market researcher Mintel says that 56% of UK households are planning to cut back on their Christmas spending this year.

Meanwhile, licensees and restaurateurs are fearful that rail strikes will hit the Christmas party market to the tune of £1.5 billion in lost receipts.

Worse still, the traditional big boost to on-trade takings expected from the FIFA World Cup competition has so far failed to match that at previous tournaments (held in high summer), according to research consultancy Oxford Partnership.

The international outlook, however, is less gloomy and investment advisers are pointing their clients towards the global alcohol producers as cushions against the expected retreat in share prices once Santa has put his feet up for his annual 364-day rest.

The reasons are well rehearsed.

First, they say, wine and spirits producers are less likely than other sectors to face consumer cutbacks as discretionary spending comes under pressure.

This argument is based on the expectation that premium drinks brands will remain an affordable treat to lighten the gloom. Indeed, throughout the autumn a roll call of chief executives pointed out that they have been able to impose inflation-matching price rises with only minimal resistance.

Second, premiumisation continues. Those same CEOs are adamant that they will continue the trend of moving consumers up the quality (and price) ladder into 2023, especially in markets where price sensitivity is less pronounced.

True, the IWSC reported last week that total alcohol volumes have yet to reach pre-pandemic levels in 20 major markets, but a key finding was that although the pace of premiumization is slowing, it is nevertheless still moving ahead, with the agave sector the prime driver.

As ever, North America, where the economic runes are increasingly pointing to only a minor slowdown, will be the key.

The US market provides 40% of Diageo’s global business and 30% of Pernod Ricard’s; it also offers the biggest margins. And the figures are even more weighted to their home market for Constellation Brands and Brown-Forman.

Third, the number crunchers calculate that most of the global drinks giants offer opportunities to investors in both the short and long terms.

In the immediate future, they appear undervalued. For instance, despite both generating record results, Diageo’s shares are 7% below their level at this time last year and Pernod Ricard’s are 12% down.

On Wall Street, Constellation Brands’ shares are near their 12-month high, but that does not reflect the continued buoyancy of its Corona and Modelo Mexican beer brands or the increasingly positive returns (from premiumisation) of its wines division.

Third quarter results this week are predicted to confirm underlying solidity at Brown-Forman, whose shares are below their September high, again after announcing bumper results and another increased dividend.

After considerable success in steadying the ship after it was severely blown off course by the China tariff hurricane, Treasury Wine Estates’ shares have moved well above their 2020 lows, reflecting the refocused concentration on the US and alternative Asia markets and the drive to supply China from outside Australia.

They have more than doubled since the depths of the China disaster, but at near AUS$12 they are still reckoned to be 15% below fair value by more than one analyst.

The most attractive feature of beverage alcohol shares however, remains their solid history of increasing returns to shareholders.

Pernod Ricard, Diageo and LVMH have a strong history of increasing their annual dividend payouts, making them solid favourites with pension funds. Not only that, they have also been conducting big share buyback programmes to increase rewards to shareholders.

Their record cashflows mean that investors can expect further dividend increases as the global market for alcohol increases and the giants take an increasing share of it.

And if that argument needed underlining, look no further than the world’s biggest producer of alcohol, Kweichow Moutai, whose shares have been on a roller-coaster ride driven by pandemic lockdowns in China.

Since going partially public of the Shanghai market in 1999, the baijiu giant has paid regular dividends and has announced it is giving its shareholders $3.9 billion in a special dividend over and above this year’s annual disbursement to them.

At the end of the day, Moutai is majority state-controlled with the risks that entails for shareholders, but with Beijing eager to open its markets to minority outside investors, it is a fair assumption that payouts will continue to encourage its long-term attraction.