Why you might soon be drinking more Swedish wine

Wine growers are eyeing up the Arctic provinces of Sweden, Norway and Finland for new plantings as possibilities open up due to climate change. 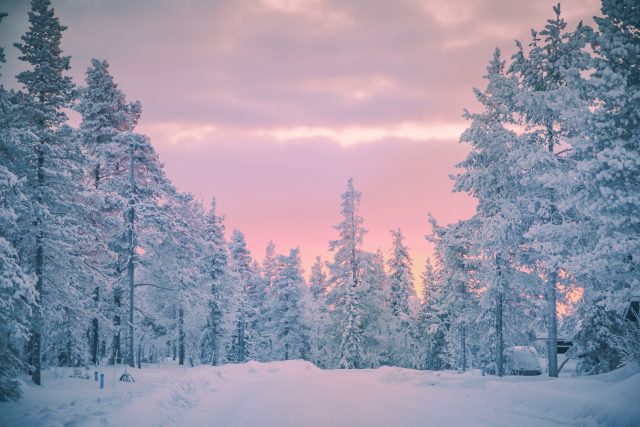 A new frontier for wine production just below the Arctic circle has become increasingly viable over the last few years. As global warming causes temperatures to increase around the world, wine producers are on the hunt for cooler climates, where they can plant frost-hardy grape varieties.

Denmark, Norway and Finland are three such spots, but it’s Sweden that’s likely to step into the spotlight in 2023.

Why now? In December 2021, the EU granted Sweden permission to use hybrid varieties in its appellation wines. The updated regulations were designed to allow the use of grapes that are more resistant to diseases such as downy and powdery mildew, meaning that vineyards require little or no treatment with pesticides or sprays. So not only are the grapes more disease-resistant, they are also frequently organically farmed, feeding into a growing trend around the world for organic wine.

The predominant grape used for making Swedish whites, for example, is Solaris, a hybrid developed from Riesling and Pinot Gris.

The second reason we’re likely to start seeing more Swedish wine on shelves is that it is now being exported internationally on a broader scale. For most countries international sales are a given but for Sweden, which has a strict state-run monopoly on alcohol sales, the shift is more significant. With cellar door sales banned, and alcohol above 3.5% ABV only permitted to be sold via Swedish retail chain Systembolaget and select travel retail shops, progress has been hampered over the last few decades, allegedly to prevent the mis-use of alcohol.

In 2007, exports for private consumption were sanctioned, and since then a flurry of online wine ventures have opened up the possibilities. It is now possible to buy Swedish wine directly from the country’s vineyards via domestic e-commerce company Nordic Vineyards.

In 2020, Sweden exported US$21.7million worth of wine. In 2021, this value grew to around US$26.3 million, showing a positive trend. That said, between August 2021 and August 2022, Swedish wine exports decreased by 6.68%, explained primarily by fewer exports to key market Denmark, possibly because Denmark itself has started to make more wine.

Despite the strides being taken to bring Swedish wine to the rest of the world, rules surrounding alcohol sales in Sweden remain prohibitively strict. As evidence, one need only look at a lawsuit waged by Systembolaget in June 2022 against a US entrepreneur who developed an app to deliver alcohol from Systembolaget to customers’ homes in Sweden. The man was found guilty of “illegally procuring alcohol” by the Stockholm District Court, and denied the right to appeal the case.

Systembolaget, in turn, was quick to have the Swedish Alcohol Act amended to include the possibility of its own home deliveries through private company, Bring.

Is the monopoly likely to be knocked off its perch any time soon? Last year, Ulf Sjödin MW, head of category management for Systembolaget said: “This is unlikely to happen. According to the latest numbers, 78% of the population supports the monopoly.”

Not everyone agrees. According to Daniel Eliasson, founder of  Xwine, one of the online challengers to Systembolaget’s crown, change is possible. “I believe that if someone really has the power to challenge the monopoly in the EU court, the monopoly might fall and an open market will emerge. Some believe that we are going to see a liberalisation,” he told Wine Business Intelligence.

Similarly, Ole Nielsen, founder of online drinks company Winefinder, has previously said: “The monopoly will not be able to uphold their position as a ‘defender of the public health’ for very long.”

Whether or not 2023 is the year in which the monopoly is challenged remains to be seen, but the Swedish Trade Organisation for Oenology & Viticulture is making noise about there being room for expanding the country’s 150 hectares or so of planted vineyards, a move which sounds promising for its 40 commercial wineries.