Californian brand The Prisoner Wine Co has conceded that its image could be seen to glamourise incarceration and is pivoting to focus on ‘prisoner reform’. 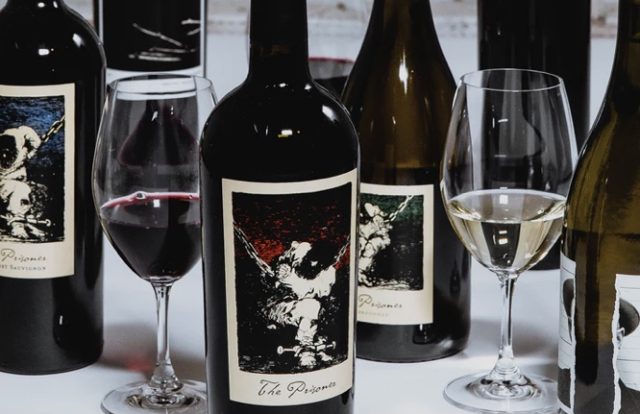 The Constellation Brands-owned company has come under fire in recent years for its ‘prison chic’ image and California tasting room decked out with shackles, cell bars and skeletons.

However, with the arrival of new general manager, Bukky Ekundayo, who joined the brand last year, The Prisoner Wine Co is going all out to reposition its marketing message and give back to the ‘justice-impacted’ community that has helped it make its millions.

“We are acutely aware of the responsibility we have in using The Prisoner’s platform to drive awareness and action,” says a statement on the brand’s website. The platform of which it speaks no doubt refers to the fact that last year The Prisoner’s flagship red was the third best-selling wine in the US (in the over US$25 bracket).

Both consumers and members of the trade have felt conflicted by the brand cashing in on the traumatic experience of imprisonment, not to mention the fact that the winery operates in the US, where minority communities are often disproportionately convicted, with prison sentences handed out that far outweigh crimes committed.

As San Francisco Chronicle wine critic, Esther Mobley, wrote: “I was struck by how distasteful it seemed that the company released wines with lurid names like Derange and Eternally Silenced — all of which seemed to trivialise the harsh realities of mass incarceration in our society.”

The aforementioned Derange, a US$100 red blend, is packaged in a dark bottle marked with hundreds of scratches, like the wall of a cell.

According to The Prisoner, steps are now being taken to address the challenge. It has partnered with NBA player Moe Harkless on a joint project to support bail and incarceration reform, including supporting the Equal Justice Initiative (EJI) and Harkless’ personal organisation, Black Lives Now.

This year The Prisoner also released a new wine range called Corrections, the proceeds of which go to Rubicon Programs, which provides services to formerly incarcerated people, including helping them to find employment.

“Through direct services and advocacy efforts, Rubicon collaborates with justice-impacted individuals and families. While justice impacted communities are supported throughout our work, four of our programmes prioritise the needs of those impacted by the justice system,” the company has said.

The company continued: “100 million Americans have a family member who has been or is incarcerated, and we know that the system disproportionately impacts poor communities and people of colour. The name calls for an unflinching look at a system plagued by inequity and discrimination but also offers a glimmer of hope. Although the obstacles facing reform are systemic, we believe in progress and the necessity of righting wrongs.”

However, only 300 cases of Correction were produced, which some commentators feel does not go far enough. The price per bottle is US$225.

Constellation Brands bought The Prisoner Wine Co in 2016 for US$285 million.