Spanish vermouth is back with a bang

Spanish vermouth is seeing a boom, with a flurry of premium expressions designed for sipping aperitif-style fuelling its renaissance. 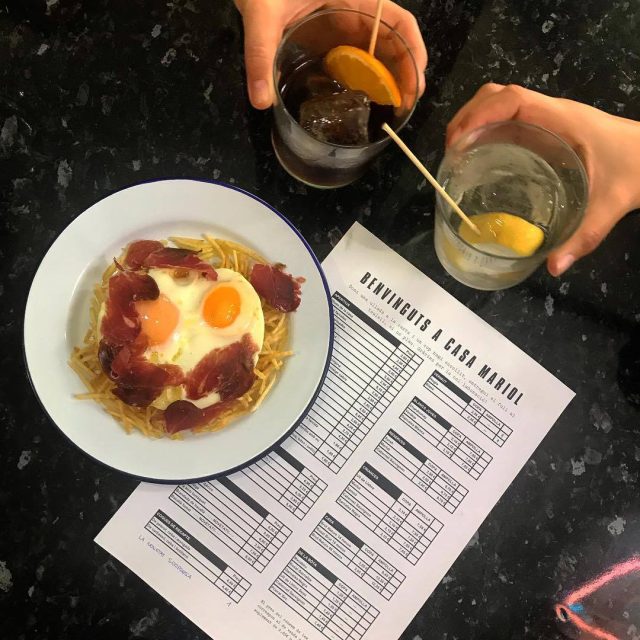 During the Covid pandemic, sales of beer and wine in Spain fell by about 10%, while according to Spain’s National Institute of Statistics, it was quite a different story for Spanish-made vermouth. In fact, the category saw its value shoot up from €135 million in 2019 to €149 million in 2020.

Fuelling this trend is a marked shift in how brands are choosing to position their vermouth, stepping away from encouraging consumers and on-trade premises from using it in cocktails (think Negronis, Martinis etc) and holding it aloft for sipping on the rocks instead.

“One is because of a more healthy way of drinking, with people looking for lower-alcohol drinks,” he says. “The other is that consumption has moved from indoors during the night-time to drinking on the terrace by day. This has accelerated the growth of more and more premium vermouths, and it’s following what happened to gin years ago.”

As with the gin craze, there has been a surge of new vermouth brands, not all of them with their own production. Soler Kettlitz predicts that those using third-party suppliers will gradually disappear, while premium brands like Perucchi, whose consumers are starting to request them by name, will prevail.

It’s not just in the domestic market that Spanish vermouth is seeing an uptick.

“Our main market abroad is the US, and it’s increasing year by year,” says Marta Vaquer at vermouth producer Casa Mariol. In a city such as New York, she reckons you will find Mariol vermouth not only in Spanish tapas bars, but also in specialist shops and even the odd American steakhouse.

Elsewhere in the world, she says she frequently gets emails about new vermuterias opening in cities including Hong Kong and Prague.

So what makes a Spanish vermouth stand out? On the whole, vermouths from Italy tend to be a bit spicier, with a bitter edge on the finish, while the Spanish largely focus on their sweeter, fruit-forward, mainly red vermouths that seem made for drinking on their own. But such generalisations will only get you so far.

“Now, there are so many types of Spanish vermouth that I couldn’t tell you we have one style,” says Vaquer. “People are adding flavours and experimenting with different botanicals.”

According to Silvano Garcia, a third-generation vermouth producer based in the centre of Jumilla, in Murcia: “A few years ago, vermouth was served from a tap from a barrel, but now they sell it in bottles with attractive labels.”

He explains that his Rojo is made from Monastrell grapes, while his Blanco comes from Airén and Macabeo. Yet, according to Vaquer, there are very few brands that actively promote their grape variety. “Only if it’s maybe Pedro Ximénez or something like Albariño,” she says. “For me, the trend is more about looking for different herbs and spices.”