The Pinault family’s Artémis group has completed the purchase of Champagne Jacquesson. This was confirmed to the drinks business by Jean-Hervé Chiquet who has been running the Dizy-based operation with his brother Laurent since 1990, following a report on Sophie Claeys website. 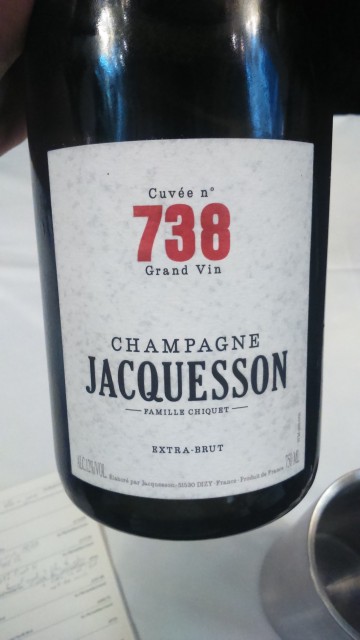 Artémis Domaines took a minority 33% stake in the capital of Champagne Jacquesson back in February this year, but rumours of a complete takeover in the summer were premature. However, Chiquet has confirmed the deal has now gone through. “When we bought back Michael Mackenzie’s shares [in the company] at the end of 2020, we started to think about a new partner and found that Artemis Domaines was interested. We started to discuss options with them and agreed on their arrival as a minority shareholder last February.

“Since then, we have had time to get to know each other and as Laurent and I have no successor in our family, we have decided to put Jacquesson in the best hands possible to guarantee its future and to be sure that our dedication to quality will remain or even be improved,” says Chiquet. While he and his brother will no longer play an active role in the management of the company, “we will continue to supply the company with grapes from our own vineyards and I will stay on as a member of the board but without an operational role,” says Jean-Hervé.

The Jacquesson estate, based in Dizy just outside Epernay, was sold to the brothers’ father back in the 1970s by Alain Thiénot is his broking days (before Alain Thiénot Champagne was set up). An historic estate that has existed since the 18 th century and where Joseph Krug worked prior to setting up his own house in 1843, the brothers have transformed the business, with their Cuvée 700 concept. The first version, Cuvée 728 based on the 2000 harvest was released in 2004 and it is no exaggeration to say it began a redefining of the Brut sans année market which continues today.

At the outset Chiquet said of their new approach: “The Cuvée 700 concept is unique in Champagne and is the opposite of a non-vintage wine. We seek excellence rather than homogeneity, respect for the character of the vintage rather than its denial, and the preference to create a ‘house style’ the doctrine most other producers in Champagne follow for their non-vintage blends. Our Cuvée 700 is the only blended wine we produce; it is meant to be the expression of a year and thus each year offers a different identity which we recognise by numbering the cuvée.”

While the current blend is Cuvée 745 is based on the 2017 harvest, partly in recognition that this wine performs more like a vintage cuvée in terms of its ageability and the speed of evolution, they now regularly have a second, Dégorgement Tardif wine on the market and this is currently Cuvée n° 740, based on the 2012 harvest.

With their uncompromising approach to quality the Chiquet brothers have established Jacquesson as one of the very finest producers in all Champagne. The estate comprising some 28 hectares with key vineyard holdings in Avize, Aÿ and Dizy currently provides about 80% of the needs of the house with the rest bought in.

It is understood that Jean Garandeau, sales and marketing director of Artémis Domaines, will take over the management of Jacquesson. With the takeover announced in early October of Maisons & Domaines Henriot, the Pinault family has now become a serious player in the quality segment of the Champagne market.