Is ‘borderless’ wine the future?

A new wine, dubbed “solidarity in a bottle”, poses the question of whether the wine trade should focus less on singular provenance to survive. 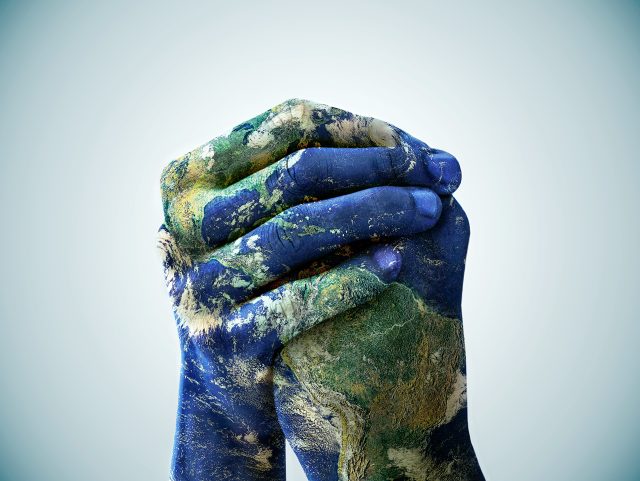 A new wine range that blends expressions from different countries across Europe shines a spotlight on how a more collaborative approach may help safeguard the wine trade against climate change.

Oenope’s Borderless European Wines (the range includes a white and a red) are blends from different winemaking countries across Europe from a single vintage. The brainchild of Jerome Felici and Françoise Roger, the wine was created partly to emphasise the idea of ‘Europe’ as a singular terroir.

“We didn’t craft a wine, we crafted a symbol,” Felici told Euronews.

Oenope supports wine producers throughout the EU by buying up existing overstocks, and believes that blending the best of each country not only gives a complex, balanced flavour profile but could also ensure the long-term viability of winemaking in certain regions.

Felici explained: “If we can craft wine in Sweden in 10 years’ time then that will be a new opportunity for that country, but maybe in Sicily you won’t be able to make any wine in 20 years’ time because the weather will be too warm. So this new wine is a symbol saying that if we all work together, we can think about what could be the wine of the future.”

He added that through the wine he wanted to convey that regardless of nationality, winemakers are “all part of the same family, and facing exactly the same issues (Covid-19, climate change etc). They have all been struggling around the same things.”

Despite blending wines from different countries, climates, soils and varieties, the company insists that its ‘borderless’ wine manages to capture the “intrinsic characteristics of each vineyard involved.”

According to Felici, a pan-European wine would not rule out individual countries from promoting their own traditions. Instead, it would act as a safety buffer to ensure that producers at the mercy of climate change-related issues could see their businesses bolstered by joining forces with countries that are less impacted, or impacted in different ways, for the good of all.

The concept of a “Made in Europe wine” is sparking debate over whether collaboration across borders could be one answer to overcoming the climatic crisis that is penetrating all areas of the wine sector.

The Borderless European Wine Oenope White 2020 is a blend from Italy and France, combining Chardonnay (67%) and Riesling (33%), two of the respective nation’s most popular grapes. Tasting notes provided by Oenope say that the wine boasts complex floral aromas, along with hawthorn, acacia, honeysuckle, and citrus, with hints of cream and brioche. “Fresh, fruity and precise on the palate, there is white peach and gariguette strawberries with a long, persistent finish,” the company says. A total of 6,000 bottles were made.

In contrast, the Borderless European Wine Oenope Red 2020 hails from three countries – Spain, Italy and France – and is a mix of Cabernet Sauvignon (60%), Gamay (20%) and Barbera (20%). The intense, ruby red wine has “red fruits, raspberry, cherry and plum on the nose, with spicy black pepper and cinnamon hints.” Well integrated acidity and silky, “molten” tannins, with a generous body makes the wine suitable for roasted red meat, poultry and cheese.