How 2022 has treated the world’s biggest drinks companies

To make a small fortune from drinks you need to start with a large one. That’s been an insider joke for many a year but in 2022 it has become a reality for investors. 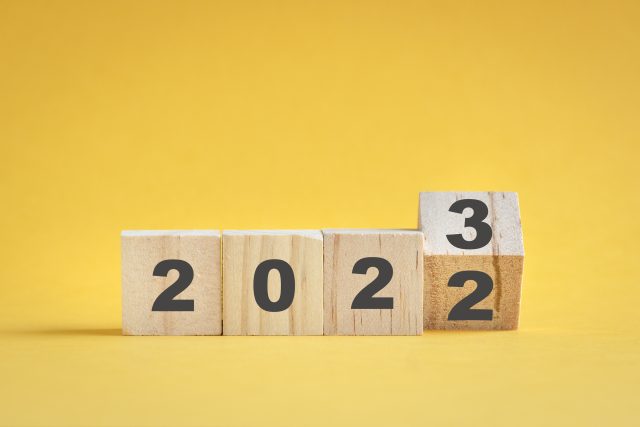 The shares of nearly all the global drinks giants are showing losses over the past 12 months and even a highly improbable late December rally is unlikely to lift them into positive territory despite a year of bumper dividends.

Most have managed to impose price rises and issue cautious but positive expectations about the prospects for 2023 but only shareholders in Treasury Wine Estates and LVMH are not sitting on values lower than at last Christmas.

There are two caveats to bear in mind amidst this landscape. First, drinks producers have fared less badly than some other sectors in the worldwide slump.

For instance, America’s technology-heavy Nasdaq index is down by almost 30% since 1 January 2022, fuelled by increasing concerns about future developments and billionaires such as Elon Musk of Tesla and Mark Zuckerberg of Meta seeming to make up their own rules as the global economy slows.

Secondly, the war in Ukraine, with its associated shortages of power and raw materials, combined with renewed lockdowns in China and the resurgence of inflation have hit values around the world.

The Paris market is 10% lower and Wall Street has shed nearly 9%. For all Britain’s ills, London’s FTSE100 index is only 0.6% lower – but it had already taken hits in the final few weeks of 2021 and remains almost 5% below where it stood two years ago.

Among the global drinks producers, the worst falls in 2022 have come from Rémy Cointreau, whose shares are down 23%, and Davide Campari Milano, which has suffered a 21% drop.

Sentiment towards Rémy depends much on the Chinese economy where it is the market leader for Cognac.

Consequently, the shares headed down on the uncertainties caused by the extensive spring lockdowns in the zero-Covid programme. While they have been eased as Beijing changes its tactics, Rémy was also badly affected by the weakness of the euro against the dollar, as were all other exporters to the US, including Campari.

So it is creditable that Moet Hennessy’s parent company, LVMH, has ended 2022 with its shares where they stood at the start of January.

Although hurt by the euro’s weakness, the comparative strength of LVMH generated by the seemingly inexhaustible demand for its fashion goods, jewellery, luxury luggage and premium wines has stood the company in good stead.

Indeed, the Moet Hennessy division would have performed even more strongly had it had sufficient stocks to meet demand for some of its Champagnes.

Even so, the very resilience of the LVMH share price has pushed chairman and CEO Bernard Arnault to the top of the global rich list, displacing Musk whose Tesla shares have suffered in the tech sell-off.

And given the gloom surrounding French exporters reporting in euros, Pernod Ricard has been remarkable in restricting its share value slide to just 10% so far this year.

That was achieved on its very buoyant trading, record results, a further enhanced dividend distribution and strategic additions to the portfolio, all pointing to better times ahead.

Diageo’s shares are 6% down this year due to the general global malaise rather than any particularly negative news.

Across the Atlantic the performances of Constellation Brands and Brown-Forman reflect the expected shallowness of the US consumer recession. Jack Daniel’s owner Brown-Forman’s shares are just over 5% lower than last Christmas while Constellation has restricted the decline to 4%.

Like everyone else, they were hit by fears about the global economy and higher interest rates, while the impact of transport difficulties and the effects of shortages, notably glass, further dampened investor enthusiasm.

Australia’s Treasury Wine Estates is the only global group in positive territory, its shares ahead by almost 40% in 2022.

While reflective of the rapid reshaping of its business plan in the face of China’s oppressive tariff penalties, the upturn is more a reflection of expectations that the only way for the shares was upward. They remain 25% below their level at Christmas 2000.

On hopes that Covid was on the retreat in January and February, Kweichow soared only to beat a retreat today to 15% below where they stood on January 1 and 35% lower than in mid-February. And that is after declaring a special US$3.95 billion dividend in November.

The year’s biggest loser was Fever-tree, the upmarket mixers group, which was savaged after a profits downgrade based on the weakening global backdrop, soaring energy and transport costs plus continuing difficulties with bottling in the key US market.

Its shares have lost some 60% so far this year but have begun a climb back from their low at the start of October.

Finally, spare a thought for those invested in the beleaguered UK on-trade. Pub owners Wetherspoon and Marstons are down by more than half and the runes for the Christmas trade are far from encouraging.

Everyone is hoping they are looking at a glass half full as 2023 approaches.