The Craft Beer Marketing Awards (CBMAS) has announced a new prize category awarded to the brewer with the best beer-related tattoo. 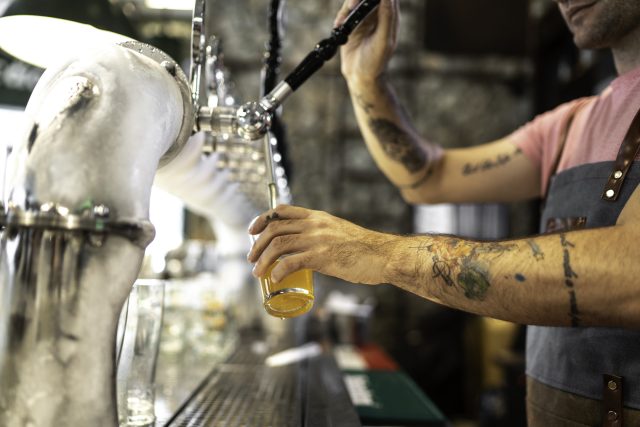 The CBMAS has opened entries for its fourth annual awards competition, with beer and brewery-related tattoos as a new category. The decision to make the new category was as a result of the popularity of tattoos in the industry.

“Tattoos are empowering, they look awesome, and they just make life cooler.” he said. “The CBMAS brand is covered in ink – from our judges to our graphics, and Crushie trophy.”

All of proceeds of its new category – “Best Beer/Brewing-related Tattoo” – will be donated to The Michael James Jackson Foundation (MJF), an organisation which funds scholarship awards to black, indigenous, and people of colour within the brewing and distilling trades for a more just, equitable, and dynamic future.

“We are helping literally change the face of American brewing,” said Garrett Oliver, founder and chair of MJF and Brewmaster, The Brooklyn Brewery. “We sent more people of colour to Siebel Institute of Technology last year, than had attended the entire previous decade. The MJF is all about genuine and lasting change.”

Earlier this year, Virginia-based Devils Backbone Brewing offered the adventurous among us the chance to enjoy a year’s supply of beer on them, if you got a tattoo.

Jake Karamol, a tattoo artist and TikTok phenomenon, has teamed up with the AB InBev-owned brewery to create three tattoo designs around the Devils Backbone beer Buck Tradition IPA series.

If you’re inspired to et an alcohol-related tattoo, here’s our list of the top 10 best.