Westvleteren beer, usually only sold drectly by Saint-Sixtus Abbey, will be available from De Bremstruik in Roeselare for a limited period. 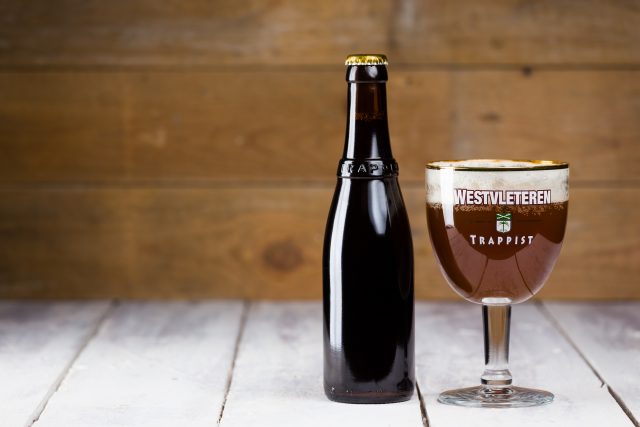 The rare Trappist beer, often cited as one of the best in the world, is notoriously hard to come by and, according to reports, will be available for the first time from a retailer since its initial brewing in 1839, but only for the next three weekends from the West Flanders-based shop while stocks last.

Westvletere, which is usually only sold by the abbey itself or in rationed home deliveries to Belgian locals, will become a draw for the town and attract interest from afar according to Monique Engels, who runs De Bremstruik and persuaded the monks to relax their rules due to her shop being based in a former convent.

“A friendly email was enough to convince the monks. I told them that we are a Christian shop that is located in the Clarissen Sisters’ former convent,” she revealed and explained that sales of “tasting boxes” of three bottles are restricted to one per customer over the next three weekends.

Engels added: “Initially we were only going to sell a maximum of two tasting packs containing three bottles of Westvleteren per customer. But given the success so far, we have had to abandon this plan. Now we are limiting it to one pack per customer in order to ensure that everyone has the chance to come and get one.”

One of most sought after variants, Westvleteren XII in particular, and the production of the brew, still remains restricted by the monks to just 62,000 cases per year.

Historically, although Belgians could have ordered the beer online, sales have always been limited to one crate every 60 days with an order stating: “do not resell”. As such, various bottles of Westvleteren beers have previously retailed at up to €18 a bottle,  approximately seven times the cost of buying them directly from the abbey.