Percival Everett, a Los Angeles-based author, has won the Bollinger Everyman Wodehouse Prize for Comic Fiction 2022, designed to celebrate the funniest novel of the past twelve months. 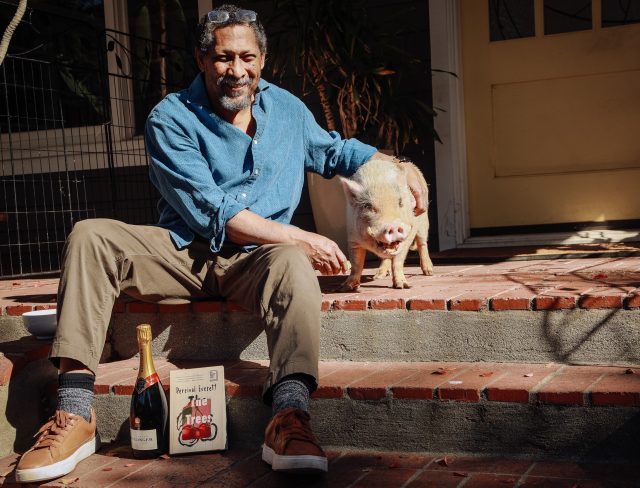 Now in its 22nd year, the Bollinger Everyman Wodehouse Prize is the UK’s longest running award for comic fiction. Everett won the prize for his novel The Trees, published by Influx Press.

The winner was chosen from an extended shortlist of twelve titles, in recognition of the strong list of submissions received by the judges this year.

The announcement was made this week at a ceremony held at the Bollinger Burlington Bar in London. Everett received a jeroboam of Bollinger Special Cuvée, a case of Bollinger La Grande Année, the complete set of the Everyman’s Library P.G. Wodehouse collection and a pig named after his winning book.

Everett, the winner of this year’s prize, said: “I am indeed flattered and honoured by the Bollinger Everyman Wodehouse Prize for Comic Fiction, if for no other reason than because the name is so long. I looked back at past winners to see that I am in fine and fancy company.”

The Trees is a novel in which Everett takes direct aim at racism and police violence, confronting America’s legacy of lynching.

He added: “It’s ironic that this prize for comedy goes now to a book about the American practice of lynching, but that’s why I love comedy. Comedy allows us for short bursts to be smarter animals than we usually are. To realise the absurdity is to transcend the absurdity. Funny that. Thank you.”

Percival Everett is the author of nearly thirty books, including So Much Blue, Percival Everett by Virgil Russell, Erasure, and Glyph. He is a Pulitzer Finalist and lives in Los Angeles.

In other news, the Madame Bollinger Foundation recently announced Justin Martindale MW as the recipient of the 34th iteration of its Madame Bollinger Medal, awarded for excellence in tasting and outstanding achievement in the Institute of Masters of Wine practical exams.