Wines from Another World launches second collectors’ wine in the series

The Wines from Another World series – a unique collection of nine wines from nine spectacular wine regions – has launched the second wine in its series, a Priorat made by Dominik Huber of Terroir al Limit. 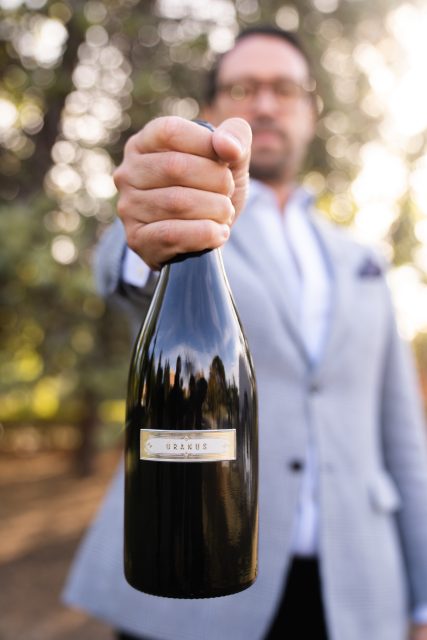 The wine project was launched by Claúdio Martins and Pedro Antunes in 2021 with the release of Jupiter, a wine from the Alentejo region in Portugal, made in a traditional amphora by Portuguese wine producer Pedro Ribeiro from Herdade do Rocim. Only 800 bottles were created and sold for €1,000 a bottle – selling out immediately.

The second wine is now being launch – a limited edition fine called Uranus from La Morera del Montsant in Priorat, Catalan. The ‘village’ wine has been made by Dominik Huber of Terroir al Limit, using grapes fom a 75-year old vineyard located 743 metres above sea level. Cement egg were used to create the wine, in order to bring refinement and elegance to the wines due to the shape and porosity of the eggs, which increases micro-oxygenation.

Five hundred bottles and some large formats up to 12 litres have been produced, starting at the cost of 1,700 euros per bottle.  It is already possible to pre-order, although it will only be available later this month/early December.

A further seven wines will be released, with Bordeaux, Champagne, Tuscany, Napa Valley, Mosel, and Georgia planned, although only around 500 to 1,000 bottles from each wine region will be produced, using traditional or ancient method.

Cláudio Martins said the project was going back to the “roots of wine”, by using ancient methods to bring ancient flavours and knowledge back to the modern world. “These nine wines will quickly become some of the most sought-after wines over the coming decades, and understandably, their value will increase exponentially over that period,” he said. “That is why we are so selective about who we invite to buy these wines. They will not be available in just any shop. They are a real collector’s item, and we want them in the hands of connoisseurs who appreciate their special character,” he said.