UK-based canned wine company The Uncommon has expanded into New Zealand as part of a unique growth model that will see the brand partner with locals in each region to stay on top of sustainability. 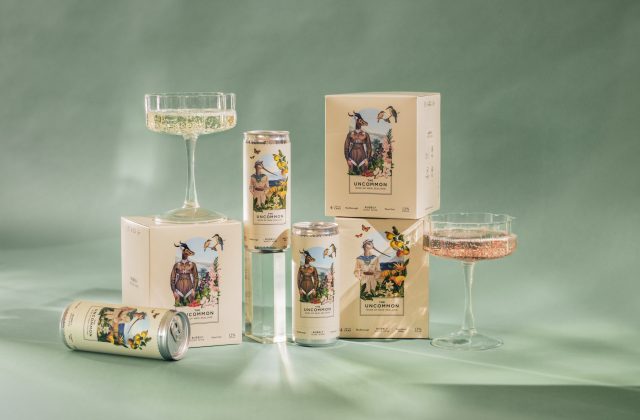 The Uncommon has announced its first foray into international waters with the launch of a new local brand — The Uncommon Wine of New Zealand – following the success of its English sparkling wine.

The canned wine brand, which was the first UK winemaker to gain B Corp certification, has said its new growth model is designed to foreground sustainability.

Campbell is a senior marketing strategist and Sweeney recently returned home to New Zealand from the UK, where she worked as a publicist helping launch The Uncommon Wine of England to market. Sweeney has worked in the drinks industry across wine, spirits and beer for over 12 years.

The pair have also enlisted the help of Digger Hennessy, chief winemaker at Harwood Hall in Marlborough, where The Uncommon’s new wines are being produced. The wines are set to launch this month, and the new sparkling range includes a Sauvignon Blanc and Pinot Noir Rosé.

Henry Connell, co-founder of The Uncommon in the UK, said of the new launch: “We chose New Zealand because it’s a nation of wine lovers, grows amazing grapes, and is an emerging market for cans. We want to grow in the most sustainable way possible and believe New Zealand is a perfect market to test this subsidiary growth model, before hopefully rolling it out into other markets.”

Hannah Sweeney, co-founder of The Uncommon New Zealand, added: “With the outdoor lifestyle so engrained in NZ culture, and a love of local, award-winning wine, The Uncommon provides a premium option for those moments when a bottle doesn’t suit – be that beaching, boating, hiking, camping. The feedback we’ve received on the quality of the wines so far has been unbelievable and we’re so excited to share them.”