The Edrington Group has created a short biopic revealing the real-life story of The Macallan’s former managing director, Janet Harbinson. 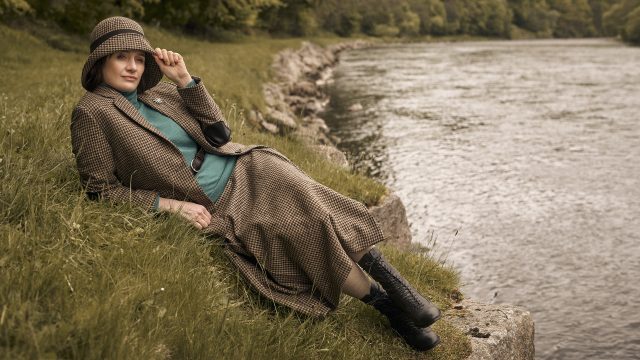 Harbinson, who in 1926 crafted the most valuable bottle of wine or spirit ever sold at auction, The Macallan Fine & Rare 1926, has been immortalised in an eight-minute film entitled: ‘The Spirit of 1926’

The biopic, which is set in Speyside, Scotland, primarily at The Macallan’s 485-acre Estate, upholds Harbinson, known as ‘Nettie’ as a key figure in The Macallan’s history.

Harbinson crafted The Macallan Fine & Rare 1926, which achieved legendary status after it fetched £1.5m at Sotheby’s in 2019. Several years on, it continues to be the world’s most valuable bottle of wine or spirit ever sold at auction.

The Macallan global creative director and a producer of the film Jaume Ferras said: “We uncovered Janet Harbinson’s story when researching the background to The Macallan Fine & Rare 1926 and we knew we had to share it as soon as we learned of her role in its distillation and maturation, as well as the deep influence she had on the future development of the brand.”

Ferras explained: “She cared deeply about others and was determined to use her position at The Macallan to enrich the lives of those around her. Guided by her conviction and strong belief in doing the next right thing for everyone she cared about, she unconsciously made history and it is only right that we pay tribute to her.”

The biopic, which stars British-American actress Emily Mortimer in the role of Nettie, saw The Macallan collaborate with director Mike Newell, whose credits include Four Weddings and a Funeral, Donnie Brasco, Mona Lisa Smile, and Harry Potter and the Goblet of Fire.

Mortimer explained: “There are some people who take what they do very seriously and care, not just about the product they’re producing, but about the people who work for them and what they are adding to the world.”

The script was written by screenwriter Allan Scott, whose Hollywood hits include Priscilla Queen of the Desert, Don’t Look Now, Castaway and the recent Netflix series, The Queen’s Gambit. Incidentally, Allan Scott is the pen name of Allan Shiach – a former chairman of The Macallan and great nephew of Nettie Harbinson. As chairman Allan Shiach took the decision to bottle The Macallan Fine & Rare 1926 after 60 years of maturation in 1986.

To add to the list of talent, Scottish fashion designer Christopher Kane created the series of 1920s outfits for the film, while Scottish rock group Simple Minds delivered the film’s soundtrack.

Ferras added: “Each of our incredible collaborators have done a magnificent job of bringing to life our vision of Nettie. We can never repay her for her wisdom, her courage, her care and her craftsmanship, but we hope through our film our gratitude as a brand shines through.”

The Spirit of 1926 will be screened in selected cinemas globally and available on The Macallan’s website and YouTube from this week.