Château Giscours, a Grand Cru Classé in 1855, is one of very few estates with vineyard planted in a single stretch, at the heart of an unspoiled ecosystem of 400 hectares of meadows and forest. 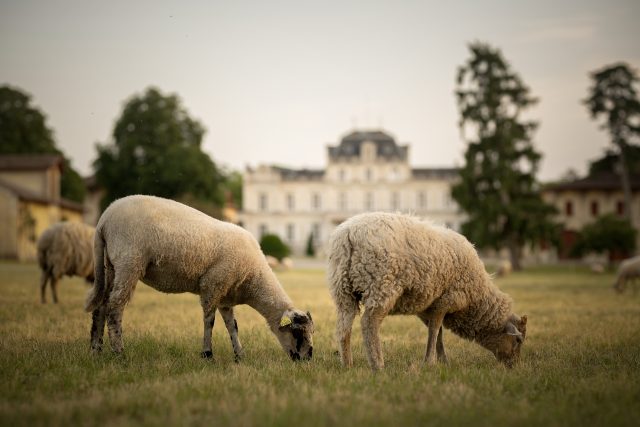 The 100 hectares owned by Château Giscours in Margaux and 60 hectares in the Haut-Médoc boast ideal locations on the magnificent Labarde and Arsac plateau.

In 1995, a new chapter began for Château Giscours with Dutch businessman Eric Albada Jelgersma, who oversaw a meticulous rehabilitation of the vineyards and buildings. Today, the baton has passed to his three children, Dennis, Derk and Valérie.

Giscours has an exceptional terroir made up of various plots, the oldest of which were planted in 1923. These deeply rooted vines have a stability and depth that enable them to produce high-quality grapes. The four grape varieties of Cabernet Sauvignon, Cabernet Franc, Merlot and Petit Verdot enjoy the perfect conditions in which to express themselves here.

The oldest plots are maintained using interplanting. The technical team selects young vines which are then planted among the old ones. All of these personalities live side-by-side and help to renew the plots that the winegrowers cultivate like miniature gardens, with the greatest of attention and an in-depth knowledge of every single vine in their care.

“For several years, the Giscours team has been working hard to undertake conservation-based winegrowing,” Jérôme Poisson, estate manager, tells the drinks business. “The aim is to preserve the terroir and the natural ecosystem of the estate and its surrounding area. More than half of the vineyard is now cultivated using organic agriculture methods, a proportion that is increasing every year.”

At Château Giscours, soil and vine maintenance is constantly rethought and improved. To avoid severe water stress, the technical team strives to protect the water reserves in the soil by, for example, decreasing the leaf area of vines and managing inter-row cover crops.

As Alexander van Beek, general manager of Château Giscours, describes it: “All of this daily work brings Giscours closer to a common goal: the protection of the land, promotion of biodiversity, and preservation of the natural balance. Giscours is a spectacular place, both by its size and thanks to the ecosystem surrounding the château. A working farm, vines, a vegetable garden, animals and more. It is an entire way of life that develops day after day, over the course of generations.”

Hidden behind the château is a vast park planted with rare species, with an 800-metre walking route for visitors to explore and admire the flora and fauna. The Giscours vegetable garden is also a magical place, from which chef Benjamin Laurent selects the fruits and vegetables that shine in dishes served to guests at private table La Table de Giscours.

According to van Beek, harvest at Château Giscours is a “meticulous and precise intra-plot process”, with the youngest vines identified and harvested first for their radiant aromas and fruity style. Winegrowers then make several passes through each plot to harvest the grapes from the oldest vines as soon as they reach full ripeness.