North Brewing Co is set to open its tenth venue in Manchester, marking the first time the brewery has operated in the city. 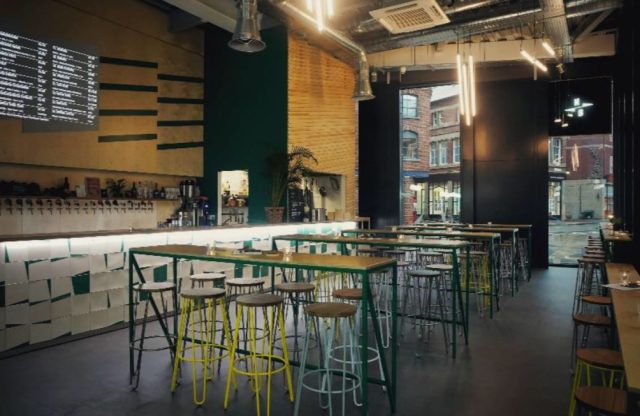 The independent Leeds-based brewery will introduce North Taproom to Circle Square, an area of the city that is situated next to Manchester’s Oxford Road, before the end of the year.

A menu at the venue will include contemporary Asian street food and will be provided by Leeds-based brand, Little Bao Boy, who will have a permanent residency at the taproom.

The taproom will be housed in a modern glass building that measures 2590 sq. foot and will seat 100 covers inside, with room for a further 30 standing guests. Additionally, an outdoor seating area is set to overlook the green event space at Circle Square.

The plan is for the new taproom to have 24 draught lines, including 18 lines of keg beer and 1 cask, pouring North Brewing Co’s range of core beers, specials and collaborations.

On the taps guests will also be able to enjoy house made negroni, a rotating selection of cocktail lines, as well as wine and fizz. A small, but perfectly curated line up of wines by the bottle will also be available, showcasing natural wine producers and innovative techniques, an approach mirrored in North’s selective spirits collection, and seasonal cocktail lists. A variety of grown-up no and low alcohol options will always be available.

North Brewing Co director and co-founder John Gyngell said: “Our new bar in Manchester marks a huge milestone for all of us at North. We’ve actually been looking for a Manchester site for the last 25 years and have come very close a number of times. Many of the North team have lived, worked or studied in Manchester, and we make a habit of visiting as regularly as possible. The hospitality scene in Manchester has provided tonnes of inspiration over the years, and we can’t wait to bring North to the city.”

Vita Group COO Max Bielby added: “We are delighted to sign with North Brewing Co who will act as a real draw for the development, bringing in new audiences and driving footfall for Circle Square as visitors take in everything this great destination has to offer.”