Construction company Dvele has revealed a home that can be rebuilt in one month following a wildfire, and which has a largely fireproof exterior. 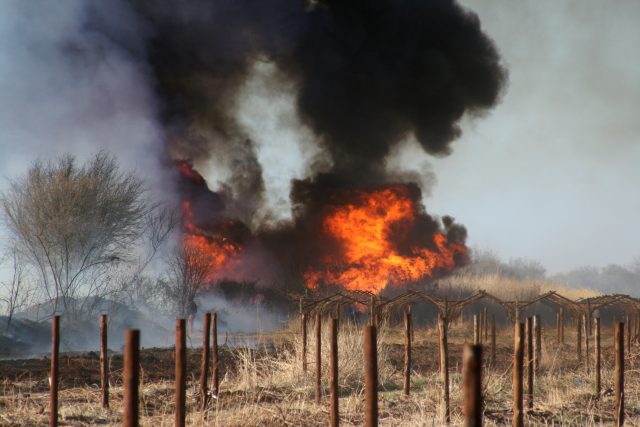 A Californian company claims it has designed a house that is not only fire-resistant but also “climate-resilient.” The creation was showcased in Santa Rosa, in the heart of Sonoma County, California, an area which suffered devastating wildfires five years ago.

The idea behind the innovation was to design a property which could be erected at speed in the instance of a home having been razed by wildfire. A complete house will be sent out in pieces, lifted by crane and assembled into a finished home – and the whole process takes around one month from placing an order to completion.

“Where we are in Santa Rosa burned down with the 2017 fire so just simply being able to rebuild quickly enough is a large part of this as we go forth,” said Kellan Hannah, growth and development director for Devele, which imagined the project.

Exterior surfaces are “largely fire resistant” and solar panels and a back-up battery protects against power shut-offs in case of a fire. An advanced ventilation system is said to filter smoke and recirculate room air.

Perhaps most impressive is the home’s ability to self monitor for signs of trouble, reports CBS News, Bay Area. Three hundred sensors embedded in the walls, electrical, water and HVAC systems keep track of things like temperature, moisture levels – even the condition of air or water filters. If desired, the house can automatically schedule contractors to facilitate repairs.

“It’s so innovative that, even three or four or five years from now when other builders have caught up to what they think is futuristic, we’ll be even further ahead,” Hannah told CBS News.

Prices range from US$300,000 for a “back yard mini house” to US$3million for a larger property.

Dvele prides itself on its “top-level industry experts” who have come together to “innovate and totally disrupt the home-building industry to create the smartest, healthiest, most sustainable homes on the market.”

In October, the drinks business reported how new fire regulations introduced in California could scupper the rebuilding of certain buildings and outhouses, as roads must now be wide enough to ensure that a fire truck can turn around in them (and safely pass cars fleeing the area. This rule may preclude construction down single track rural lanes that are too narrow to support this.