The co-founder and managing director of Never Say Die Bourbon talks to Douglas Blyde about the flavours it gains during a trans-Atlantic voyage, the bottle’s sometimes hidden but meaningful visual clues, and how she once carried Amy Winehouse across the muddiness of Glastonbury… 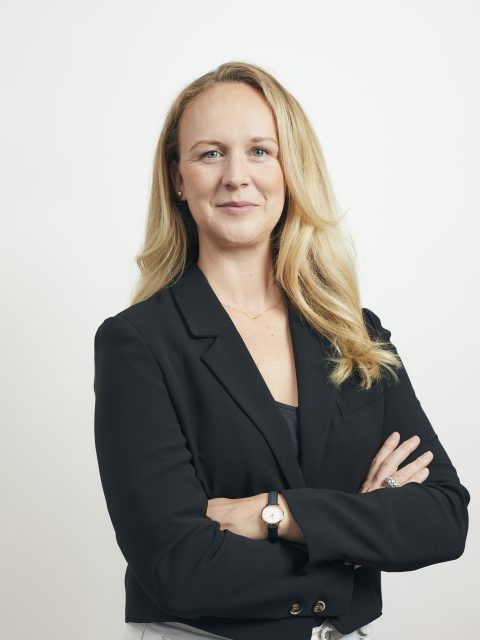 Never Say Die is founded on the story of a Kentucky-born champion racehorse which, following a traumatic birth, was revived with a shot of Bourbon. It went on to win The Epsom Derby in front of a 250,000-strong crowd including Queen Elizabeth II and Winston Churchill.

Why did you decide to further mature this Bourbon from Kentucky in England?

After a few mint juleps at the Kentucky Derby, two of our co-founders, David Wild and Pat Madden decided to make their own Bourbon and for it to follow in the hoof-steps of the horse, journeying across the Atlantic from Kentucky to England. We wanted to create a product which was totally new – to be the first Kentucky straight Bourbon which is both ocean-aged, then matured in the UK.

How did the spirit make its way to the UK?

After four years and ten months of maturation in Kentucky, the first batch of Never Say Die was loaded into an ocean container for a six-week voyage before being taken to the White Peak distillery, Derbyshire to further mature. We chose White Peak because we loved the care and passion that they lavish on their products, making it the perfect home for Never Say Die.

How does the journey and maturation in the cooler, less humid conditions here affect the flavour profile of the spirit?

Our Bourbon is exposed to three entirely different climatic conditions which, when combined, give Never Say Die a wholly unique profile, with lively spice and citrus notes which melt into vanilla, then leather and caramel, concluding with a lasting smooth finish. If you compare the taste of the liquid straight from the distillery in Kentucky to the final product which has been further aged over the Atlantic and in Derbyshire, it is clear that the Bourbon has gained a marked extra dimension. Later releases will be older given we have barrels continuing to age in Derbyshire.

What does it mean to be a “High Rye”?

Our mash bill is 75% corn, 21% rye and 4% malted barley which means we have a higher percentage of rye than an ordinary Bourbon.

How best should this barrel-strength whiskey be enjoyed?

My favourite way is to sip it neat, or in a Never Say Die Boulevardier, being a twist on the classic Negroni. 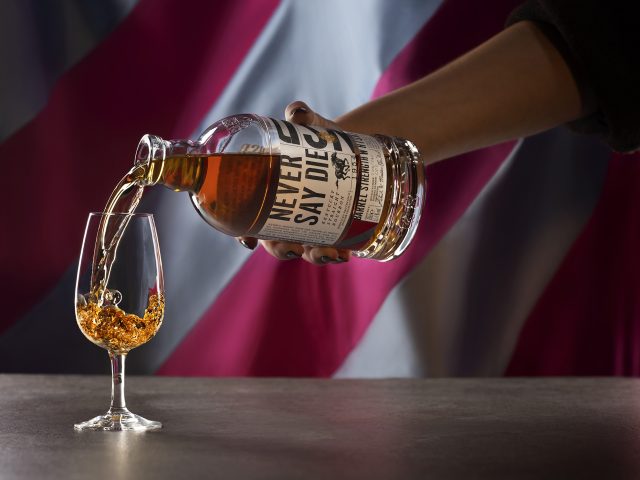 Do you ever envisage sending spirit originating from Derbyshire back to Kentucky?

Not yet, though in the transatlantic spirit of the brand, we do plan to send product which originated in Kentucky, and was ocean aged and further matured in Derbyshire, back to Kentucky. So, watch out for a special Kentucky-only release…

How crucial was the reversal of the 25% whiskey tariffs implemented during the Trump administration in helping your spirit come to market?

It was critical. Our business had been in a holding pattern due to the tariffs. Which is why I co-founded the “Bourbon Alliance”. This is a coalition of industry stakeholders whose livelihoods depend on being able to import US Whiskey. We set it up to campaign against the Section 232 tariff which imposed a 25% tariff on Bourbon imports and saw consumers pay £68m in additional costs. Supporters include household brands, Makers Mark, Jim Beam and Jack Daniel’s, as well as independent distillers, UK hospitality venues, retailers, distributors, festival organisers, and Bourbon fans. Our “Free the Spirit” campaign united the hospitality sector on both sides of the Atlantic, highlighting the need for decisive action to further support the industry in its time of need. The successful negotiation of the resolution of Section 232 saw tariffs removed from 1st June 2022 – and we shipped Never Say Die the very next day.

Who designed the bottle, and what do the visual cues mean?

Stranger & Stranger was able to include lots of visual clues to tell the story of our horse, Never Say Die, as well as our transatlantic heritage. We have a crest which includes a cross for the English flag, the waves for the ocean voyage, the diagonal lines for the grain growing in the field and the horseshoe for our namesake. There’s even a horseshoe in the base of the bottle which will be discovered when you pour a drink. We also have “KY” for Kentucky – where our Bourbon is made and “LP” for Liverpool which is a nod to the second bit of the Never Say Die story about Mona Best. In a daring leap of faith, a Liverpudlian, Mona Best had fallen in love with the story of Never Say Die and pawned all of her jewellery to literally “bet it all” on the victorious Epsom Derby Race. With her new fortune, she founded a new music venue, “Casbah Coffee Club”, which was where a then-unknown band, The Beatles played their very first gigs, before rocketing to fame and shaping rock and roll history forever.

We strive to be as sustainable as possible throughout all of our production and transportation. Never Say Die is made using only the finest local ingredients – including a careful selection of local grains, using high-quality, mineral-rich limestone-filtered water sourced from the deepest aquifer in Kentucky. Our barrels are shipped without plastic and will be reused by others in the drinks industry, including our partner, White Peak to make their English Whisky. The distillery where we produce the Bourbon in Kentucky is a Zero Discharge distillery, while our infusion mashing process uses 60% less energy than the manufacturing standard.

What was your first ever job?

Working in a private members club in Bristol as a busser aged 16.

I once helped carry Amy Winehouse over the mud backstage after her 2004 Glastonbury set. Whilst her amazing shoes remained box fresh, I, unfortunately, ended up covered in mud! Totally worth it, though, and a privilege to meet her.

And where can we buy it?

Never Say Die is available to buy from Master of Malt, Whisky Exchange, Liquid Gold Whiskey Co. and Milroy’s in Soho and Spitalfields.