Marsala wine is making a comeback

Through its new collection Florio aims to redefine Marsala wines, with 10 bottles spanning the complete spectrum of the fortified style. 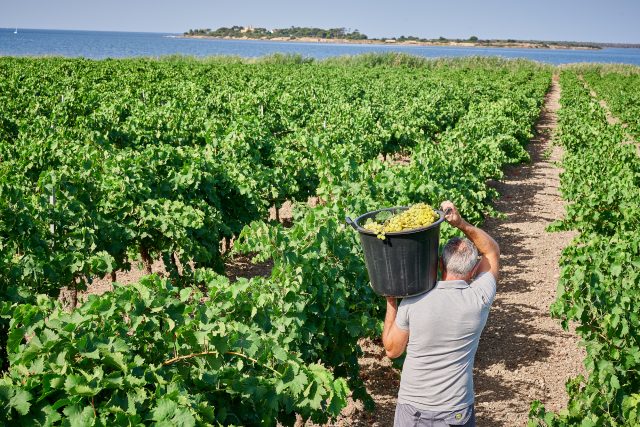 Sicilian producer Florio has played a starring role in the fascinating history of Marsala – a classic fortified wine, born to rival the very best from Madeira and the Douro. In the past its status has suffered, with some seeing it as little more than a cooking wine, but in recent years it has undergone a real renaissance led by Florio. As part of its campaign to restore Marsala’s reputation as one of the world’s great wines, Florio has launched its latest Storyteller range.

The ten bottle labels in the collection represent the widest and most compete expression of Marsala currently on the market. Each one reflects the way the wine is classified by sweetness, colour and age, ranging from a youthful Marsala Superiore 2017 to an extremely rare Marsala Superiore Riserva from 1994. The latter was aged in oak casks less than 200 metres from the sea, and is infused with scents of liquorice and medicinal herbs.

The labels have also been designed to give consumers and the trade as much detail as possible about each wine from the year it was fortified to its history of maturation, right down to the amount lost through evaporation – the Angel’s Share.

The range is clearly divided into quality tiers, with the white-labelled ‘Classic’ line, the cream-coloured ‘Premium’ line, and the oldest and rarest ‘Exclusive’ line in black. 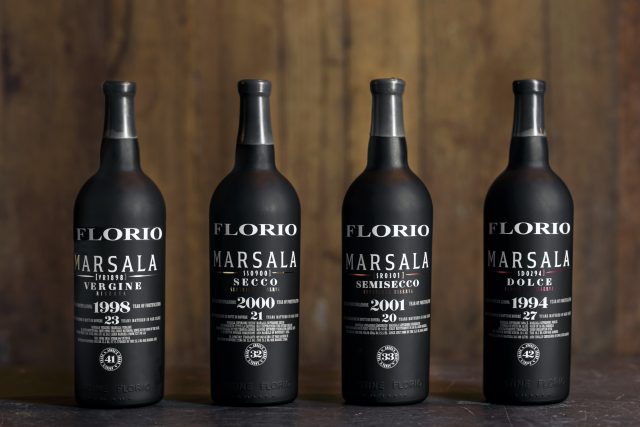 “Marsala Florio is an amazingly contemporary wine,” says Roberto Magnisi, head of Duca di Salaparuta, Corvo and Florio. “Those who try a glass of Florio for the first time soon fall in love and remain entranced. I would dare to claim that Marsala encapsulates a whole new way
of drinking. Its character is multifaceted with its spectrum of different sugar levels from dry to sweet, and the unique way that it accompanies food. Try a Florio Vergine or a Florio Marsala Superiore Secco with fresh anchovies and butter, and I’m sure you will love the combination, but make sure you use a red wine glass to enhance the experience.”

Cantine Florio’s cellars in Trapani, Sicily, built from volcanic tuff stone in 1833, have been called a ‘prime example of sustainable architecture’ with their natural ventilation. They have always been open to the public, allowing visitors to learn about this important chapter in Sicilian wine.

Patrick Schmitt MW provides his tasting notes for three of the wines included in Florio’s new Storyteller range below:

“A combination of almost three years in oak barrels, 18% ABV, and just under 40g/l of residual sugar has yielded a Marsala Secco of wonderful concentration, gentle warmth and a subtle slight sweetness. There are layers of delicious flavours, from almonds to raisins, figs to toffee, with a brilliant balance between dried fruit characters and salty, dry nutty notes on the finish.”

Cantine Florio, Marsala Superiore Riserva, Semi-Secco, 2007
“A peak expression of Marsala that deliciously highlights the quality potential of Sicilian Grillo grapes when skilfully converted into fine, slightly sweet fortified wine that’s undergone extended ageing in oak barrels – in this case 14 years. There are so many appealing and complementary characters to this wine, from its rich, concentrated flavours of grilled nuts, burnt sugar, balsamic and dried figs, and a combination of gentle sweetness (90g/l), warmth (19% ABV) and then lingering salt and almond notes to make you salivate long after you’ve swallowed this amazing wine.”

Cantine Florio, Marsala Superiore, Dolce, 2017
“This lovely, layered sweet Marsala with 108g/l of residual sugar and 18% ABV benefits from four years maturation in oak barrels to give caramelised flavours that complement the warming alcohol of this fine fortified wine. There are also notes of ripe apple, green fig, aged balsamic, toffee and hazelnuts, and while the Marsala has a rich and sweet core, it has a nutty, fresh edge to its finish.”