Kirin Brewery Company has begun exporting two of its Japanese Whiskeys to Singapore, while a third has made its debut in the US and Australia. 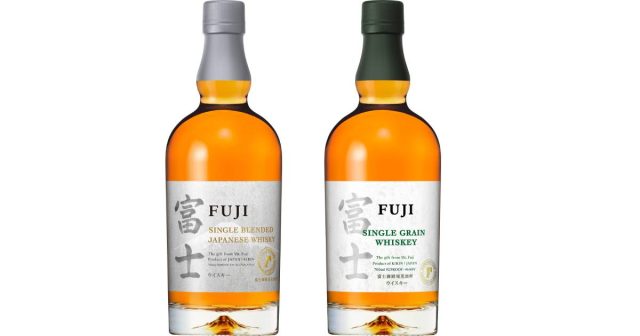 Mt. Fuji Distillery, owned by Kirin, is one of the few distilleries in the world capable of producing both malt and grain-based whiskeys, and which has the know-how to cover four of the world’s five major whiskey categories; Scotch whisky, American whisky, Canadian whisky, Japanese whisky, and Irish whisky.

Kirin Single Grain Japanese Whiskey Fuji, which launched in 2020, has received worldwide acclaim and its sales volume in 2021 grew significantly both in Japan and overseas, more than tripling in Japan and multiplying by 20 times overseas.

In the US, where Kirin Single Blended Fuji has been sold for some time, the product has until now been available in eight states, but as of September, its presence has expanded to 19 states.

According to the producer, Kirin Single Blended Japanese Whiskey Fuji is a new style unique to Mt. Fuji Distillery, which produces malt and grain at the same site. As it revealed, exports of the Fuji brand in September were very strong, approximately 2.5 times the previous year’s total.

In addition, Kirin Single Blended Japanese Whiskey Fuji will be newly launched in the US, Australia, and Singapore, and the distillery expects to achieve its initial 2025 goal of 50% overseas sales of the Fuji brand much earlier than expected, reaching the target by the end of 2022 instead.

Unlike other Japanese whiskey brands, Fuji aims to vitalise the market through both overseas exports and domestic sales.

While overseas demand for Japanese whiskies has been growing, the alcohol category in the Japanese domestic market is growing at the same time, mainly centered on whiskey. In particular, domestic super-premium whiskey, priced at over 3,000 Yen is expanding a lot.

Japanese whiskey is attracting a great deal of attention from whiskey fans in Japan and abroad, as the definition of “Japanese whiskey” was clarified in 2021.